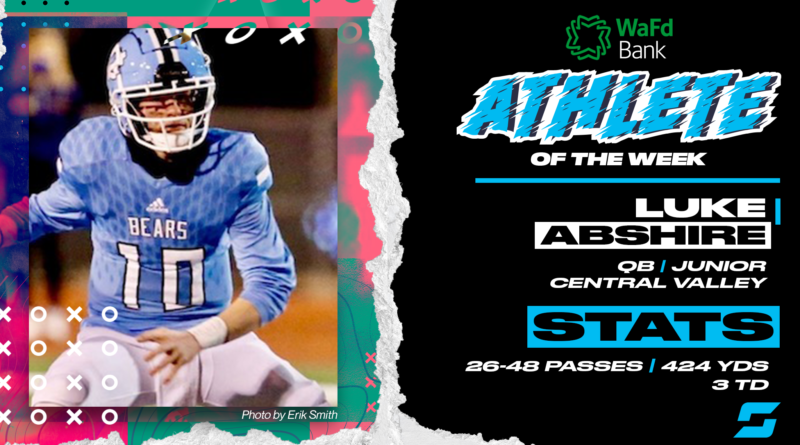 The quarterback completed 26 of 48 passes for 424 yards and three TDs in a loss to Gonzaga Prep.

Teagin Child, Auburn Mountainview: Senior receiver caught 11 passes for 135 yards and a touchdown in the Lions’ 3A NPSL-clinching win over Kentlake, writest the Tacoma News Tribune.

Caleb Shawen, Mead: Turned 11 carries into 111 rushing yards and two touchdowns in a 41-14 win over University.

Ryan McKenna, Gonzaga Prep: After being bottled up for most of the night, he led two fourth quarter scoring drives — capped by TD runs of 51 and 1 yards — in a win over Central Valley.

Hannah Hilton, Eisenhower: Ran the ninth-fastest 2K steeplechase time (7:53.85) in the country this season at the Eisenhower Jamboree, writes the Yakima Herald Republic.

Rylen Bayne, South Kitsap: Struck out 11 in five innings in earning a shutout victory over Curtis in a 4A SPSL showdown.

Wyatt Jones, Puyallup: The junior right-hander pitched a one-hit shutout in five innings, striking out eight in a win over Olympia.