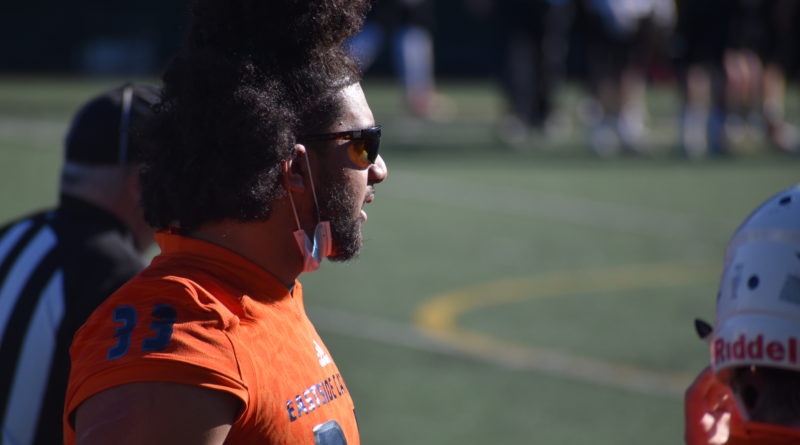 SEATTLE – J.T. Tuimoloau has never shied away from explaining his top priority for his senior year – playing a final season of football with his guys at Eastside Catholic.

So, even hobbled with a swollen and severely bruised calf muscle, he tried convincing his mother to let him play in the Crusaders’ Metro League consolation final Friday afternoon against Ballard at Memorial Stadium.

“I went to the doctors,” Tuimoloau said. “They ruled me out.

“But I came to support my brothers.”

Wearing his game jersey and sunglasses, Tuimoloau played a number of roles on the Crusaders’ sideline Friday: Coach, cheerleader and motivator.

“He loves them. He loves the program. He loves football,” Eastside Catholic coach Dominic Daste said. “I couldn’t ask for a better kid.”

The Beavers won, 21-13, to close out the spring season of football.

“it was still a fun experience,” Tuimoloau said. “The energy was still live.”

Tuimoloau said after the game he will now turn his attention to Eastside Catholic basketball – and training for whichever college football program he ends up at.

But he is proud of what he accomplished with this football team, including winning a pair of Class 3A titles.

“Coming into my freshman year, I didn’t know where I was going to play,” Tuimoloau said. “Being part of the family – this foundation – I wouldn’t choose anybody else than right here. It’s been a great four years – also a quick four years – and all I can say is I am blessed to be a part of this program.”