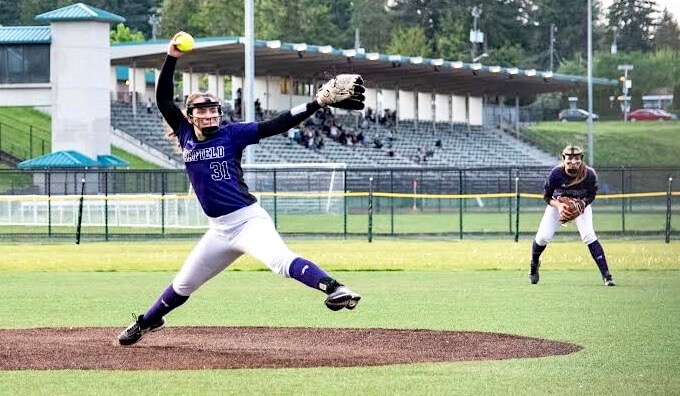 Players were selected based on 2019 spring high school performance, offseason observations and conversations with coaches:

Arm talent runs in the family – she is the daughter of ex-MLB pitcher Bob Wells. But this Fordham signee also hits moonshots and has speed.

The last time anyone saw this all-4A GSHL third baseman, she was damaging concession stands with her long home runs as a ninth grader in 2019.

This third baseman is arguably the best slugger in the state, and committed to Oregon State where her mom (Michelle Trujillo-Higa) played.

An extra-base hit waiting to happen every time she steps in the batter’s box, this UNLV signee is arguably the top infield prospect in Eastern Washington.

This smooth-fielding shortstop will play in the Pacific-12 Conference (Stanford), just like her mother, Tami (Storseth), who was at Washington.

Yes, she is the younger sister of UW pitcher Brooke Nelson. But this Linfield College commit can really hit, too – and is a dirt dog at second base.

What can’t she do? This 3A GSHL standout can slap base hits, slug home runs and steal bases – in whatever part of the order you need her to be.

She is pure speed, and can turn an ordinary single into a double – or more – with ease. The 4A KingCo’s top returner will make some college very happy.

This two-time 2A Olympic League all-league standout’s sweet left-handed hitting stroke will fit nicely in the Seton Hall lineup – and also in the outfield.

If you prefer fearless, aggressive and a tad funky in your ace pitcher – Rainey is your choice. The Idaho State signee led the Pirates to the 2B title in 2019.

As a ninth grader, Dacus went toe to toe with some of the top pitchers in the state – and held her own. Now, 2A is her flame-throwing playground.

There aren’t many top-level aces who have more than two quality pitches. This Central Washington signee has six – and can get you out with any of them.

The consensus top player in the state, regardless of classification. And she is going to Tennessee as a power pitcher, but her bat should play as well.