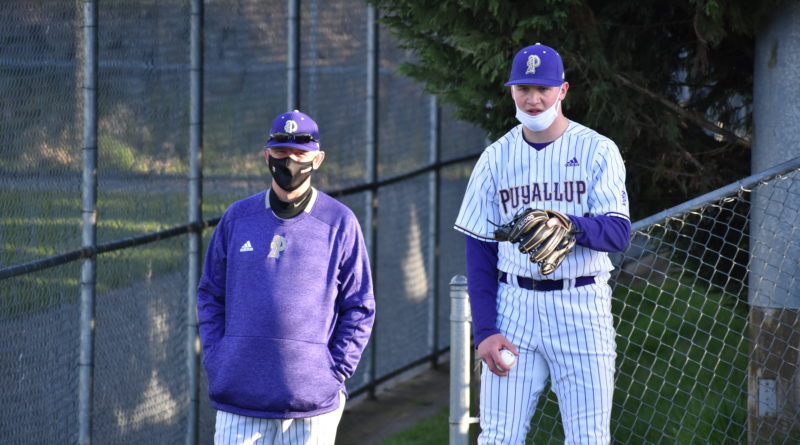 More than a few in the 4A SPSL figured at least Washington State University pitcher commit Rylan Haider would have a chance Thursday to put the clamps on this high-powered Puyallup High School baseball lineup.

Haider struggled with his control early for Olympia, and the Vikings scored four first-inning runs, clearing the way for a 10-0 victory over the Bears at Heritage Recreation Center in Puyallup.

Junior Wyatt Jones threw five shutout innings, allowing one hit and striking out eight in a dominant effort for Puyallup.

Haider gave up just one hit, but the Vikings tallied four runs in the first – one earned – in grabbing a 4-0 lead.

Jeven Patterson pushed it to 5-0 with his RBI double in the second inning for the Vikings.

Jacob Yang, who is headed to play at the University of Washington, chased Haider (3 ER, 5 BB, 3K) with no outs in the fifth with his run-scoring single, Brett Ellingson later added a two-run double, and the Vikings finished off the mercy-rule victory on Tristan Ringrose’s sacrifice fly to center field.

Puyallup is off to a 5-0 start, and has scored at least 10 runs in each of its victories so far.