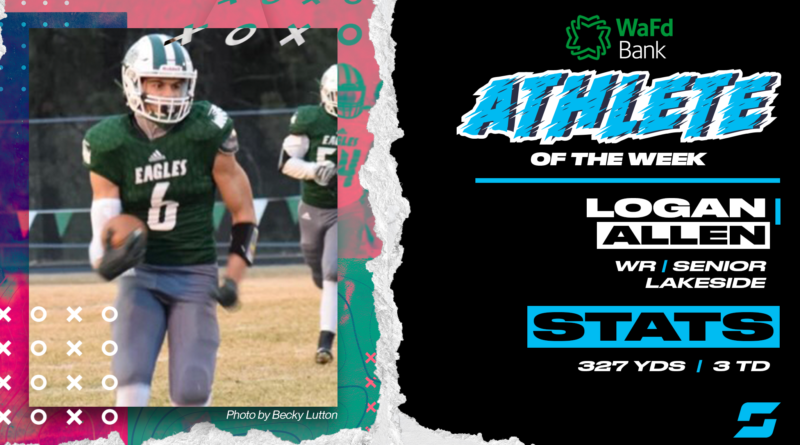 The senior had 327 combined yards and three TDs in Lakeside’s win over Colville.

Jace Villers, Auburn Riverside: The sophomore caught eight passes for 144 yards and two TDs in a win over Kentlake.

Ryan McKenna, Gonzaga Prep: Ryan McKenna had 18 carries for 225 yards and three TDs, including 75- and 59-yard romps in the second half.

Derek Bergeson, Royal: The junior running back caught five passes for 140 yards and three TD, including an 80-yarder in the opening minute against Wahluke. He also had a 43-yard INT return for a score.

Dylan Carson, Marysville-Pilchuck: Rushed for 142 yards and three touchdowns in a loss to Lake Stevens.

Caden Jumper, Eatonville: Threw for 166 yards and four touchdowns and added 112 more on the ground on a 33-21 win over Enumclaw in the last game of his high school career before enrolling at Washington.

Clark Coleman, Skyview: Threw four touchdowns passes while completing 11 of 14 pass attempts and ran in a fifth, all in the first half of a win over Mountain View.

J.P. Leahy, West Valley of Yakima: Senior defensive lineman was in on six sacks, including four solo, according to the Yakima Herald-Republic, in a win over Sunnyside.