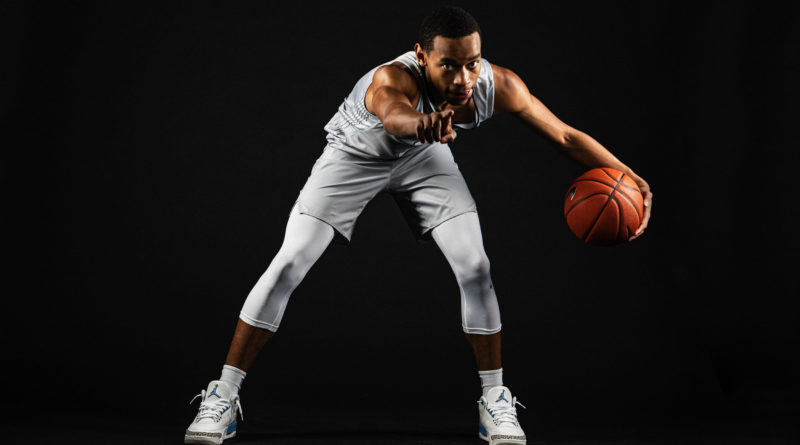 Then he saw his own.

Live with him on FaceTime, his mom screamed and cried with excitement. But the mood inside Peterson’s office, with Hickman and Richard “Pop” Isaacs Jr., a junior guard at Wasatch, was laid back. Isaacs Jr. and Peterson simply shook Hickman’s hand.

“That was it, that’s all it was,” Peterson said. “He had that big Kool-Aid smile.”

From the start of his senior year, Hickman has quietly been making history. Months after arriving on campus on the heels of a three-year run at Eastside Catholic, he became the first boys basketball player from Washington to commit to Kentucky. And in late February, he became Wasatch Academy’s first McDonald’s All-American selection. There was no big ceremony, no party, no celebratory gathering planned. Just his coach and a couple teammates celebrating a historic moment in the coach’s office.

The emotion would come soon enough. Alone with his thoughts later that day, Hickman broke down. He allowed himself to appreciate that he’d reached a precipice he’d only ever dreamed of. After pandemic restrictions on high school and club basketball nudged Hickman to take calls from prep schools, the 6-foot-2, ESPN 4-star point guard eventually took a leap of faith to leave the state.

“When my name popped up on that screen, I kind of felt like, yeah, I’ve been doing something right and finally getting the recognition,” Hickman said.

Hickman transferred out of the state of Washington, where high school basketball has been pushed back to an abbreviated spring season, to Wasatch Academy in July because the nearly 150-year old boarding school tucked away in small-town central Utah offered something Eastside Catholic in Sammamish, Wash. could not: a full senior season.

When Nolan and his family sat down with Peterson — as well as the boarding school’s athletic director and headmaster — that’s the question that came up again and again.

The answer? A resounding yes, and the promise was fulfilled.

Though his recruitment would be wrapped up not long after he stepped foot onto campus, Hickman has proven himself on a national high school stage this season. Wasatch Academy (18-6) is the No. 6 team in the country, according to Ballislife’s Fab 50 rankings, competing against top-ranked Montverde, American Fork, as well as No. 2 Sunrise Christian Academy, No. 27 Oak Hill Academy and La Lumiere, among others. On April 1, Wasatch Academy is slated to play in the Geico Nationals, an event that crowns an unofficial national high school basketball champion.

At times, Hickman privately struggled away from his comfort zone of Seattle and the storied basketball fraternity that enveloped him through his childhood. But he’s found solace in what he’s created for himself. In becoming accustomed to his new surroundings, Hickman realized the school is his laboratory.

The McDonald’s All-American nod was his validation.

“I have gotten emotional about it when I’m by myself,” Hickman said. “When I get by myself, then I start to think to myself, yeah, I’ve made it this far.”

Even years of grueling 5 a.m. workouts with his dad, “Big Nolan” Hickman, crucial as they were to his development, couldn’t even ready him for the grind of Wasatch Academy.

The boarding school, which was established in 1875, sells itself as a secluded destination for members of Gen Z, on a campus with roughly 300 students located in the heart of small-town Utah. The school is in Mt. Pleasant, which has an estimated population under 4,000.

It’s far away from Hickman’s home in Seattle, where his friends, family, girlfriend and his nonprofit “the Give Back Foundation” reside, and he quickly found it isolating. Pandemic restrictions stop students from doing much of anything outside of the school grounds, which in the early days, gave Hickman lots of time to miss home.

As prepared as Hickman thought he was, Peterson, who proudly wears the label of a hard-nosed disciplinarian on the court, pushed him past his pain threshold.

Peterson, 34, was a standout point guard at BYU-Hawaii who played professionally in England, Germany and Serbia before returning home to get a head start in coaching. In 2018, he was promoted to be Wasatch Academy’s head coach after a year as an assistant.

As a younger coach, he uses his age to his advantage. He’s laid back off the court and shares common interests in things like music and shoes. On the court and in the weight room, Peterson is so determined to ensure each player is held to a high standard of training, that he does all the lifts with the team, too. Hickman looks up to Peterson like an older brother.

“I’m going through the grind with you,” Peterson said. If he hears “ ‘oh coach, my body hurts.’ Yeah? Mine too. So it’s a great balance.”

Said Hickman: “Coach P’s insane. He can just flip the switch so fast, and you’ll never understand it. Scream, stomp the ground. Then we’ll go to the locker room and he’ll help calm us down.”

As trained as he was grinding before sunrise, central Utah wakeup calls hit different.

4 a.m. alarms. Fourth period practice. Individual workouts late at night. High-intensity conditioning. Thousands of shots in an empty gym. He had everything from weight rooms, to gyms, to coaches at his disposal on the boarding school campus. Hickman had fallen into a routine in his own training regimen with his dad, which at the same time amplified the adjustment and underscored its necessity.

Wasatch was grueling, and at first, it wore on him.

The first couple of weeks, Hickman was down. He never told Peterson directly, but the coach started to pick up on signs that the typically stoic Hickman was homesick. After all, his whole life as he knew it was in Seattle. He missed working out with his dad and seeing his girlfriend.

“I told him how hard it was, but I don’t think he realized it,” Peterson said. “Thank God his parents pushed him to do hard things and said, ‘no, stay there, stick it out, it’s what you’re there for.’ And it ended up working out beautifully.”

Even when the going got tough, Hickman never second-guessed his initial decision to move to Utah. He’d remind himself of the myriad reasons that made the decision plain and simple. And he leaned into the grind — the very reason he came in the first place.

The only way out, he deduced, was straight through.

“There can be a certain amount of distraction (in Washington),” Hickman said. “So removing myself from that, and just doing strictly basketball, and what I need to be doing, was definitely a great move and a great choice for me.

He quelled home sickness by catching up with his family and sharing laughs over FaceTime regularly. He credits Peterson’s intuitiveness to be aware of what to say when he could sense that Hickman was down. The bond they formed off the court allowed Hickman to thrive on it.

“Him understanding that and having an equal balance of coaching me as well as knowing what I’m going through off the court, too,” Hickman said at a recent coat drive for underserved women in Seattle his foundation organized. “That’s definitely my guy until the end. He knows it. … it was a fast type of relationship, but when genuine people meet genuine people, it’s always right, it always connects and world out. He’s just a genuine dude. And it’s perfect. It’s literally perfect.”

His teammates quickly warmed up to him, too.

They took to his cool, collected demeanor, his kill-or-be-killed, Damian Lillard-like confidence, and reaped the benefits from his innate ability to create with the ball on his hands.

“They’re like, man, this dude’s highly ranked, but he’s hitting me in the face,” Peterson said. “ ‘He’s dimin’ me up. He’s passing me the ball already running back, because he knows my three balls going in.’ So, he rubbed everyone the right way.”

It wasn’t long before Hickman, who averages a team-high 16 points and 3.3 assists on 52 percent shooting (48 percent from 3), began to flash the extent of his capabilities.

“He would just slowly start dominating on the low,” Peterson said. “He’d kind of be in cruise mode at practice, dimin’ people up, and I’d be like, ‘hey, has anyone seen, Nolan? There’s an APB out on Nolan! Does anyone see him?’ He just kind of look at me and smirk, then go and run off 12 straight points. And they’d be like, ‘oh, there he is.’ Yeah, there’s no limit.”

One of Hickman’s first calls after the McDonald’s All-American rosters were released was to another selection to the prestigious game, Paolo Banchero, a consensus top-three recruit in the country. The two were childhood teammates with Seattle Rotary, then became rivals in Seattle’s Metro League, Hickman at Eastside Catholic and Banchero at O’Dea High School.

“We didn’t make it, but we achieved something,” Hickman said. “We achieved a goal of ours, a dream. So check that off the bucket list.”

Banchero and Hickman were two of three McDonald’s All-American picks from Washington (the other being Olympia’s Jackson Grant), marking the third time in the history of the event three Washington natives were selected — first since 2009. The game won’t be played for the second straight year due to the pandemic.

The two remarking how they’d achieved another longstanding childhood dream, just like when they committed with Duke and Kentucky within a week of one another. Hickman joked that the news hit Paolo deeper than it did him, because Banchero has had too much time to sit around without a high school basketball season for it not to (Banchero has filled his time, in part, playing on the Grind Session with BFL Prep and here and there with Seattle Rotary).

“It’s an insane, insane feeling,” Hickman said. “I haven’t felt nothing like it. I’m shocked. I can’t really explain what I’ve been feeling lately, but I’m proud of myself.”

It’s that type of reflection Hickman saves time for when he finds himself alone. He spends most of his days with teammates, and cherishes the alone time he gets. When he has the chance, he journals his thoughts, experiences, goals and achievements.

Before the announcement, Peterson told Hickman if he made the McDonald’s All-American team, they would cancel class. As soon as he received the news, Peterson let Hickman be the one to text the entire team, tell them practice was canceled for the day and a celebration was in line.

They all went, fittingly, to the only place that made sense to them.

Said Peterson: “We went straight to McDonald’s to celebrate.”