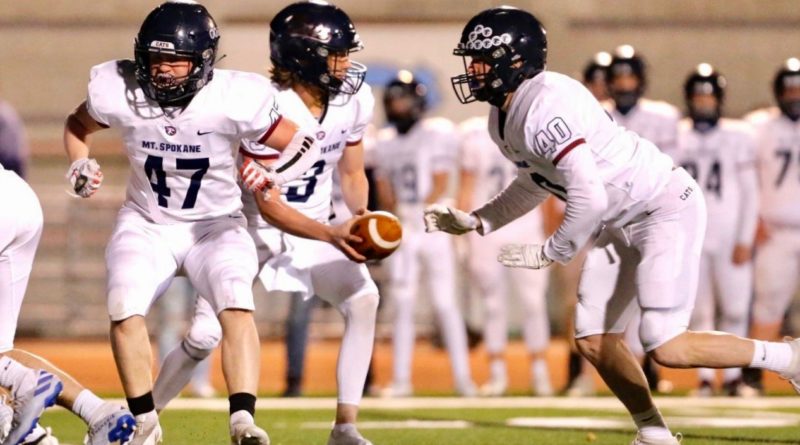 A lot of the leagues in Washington, including 4A SPSL, 3A PCL and 1A/2A/3A Northwest Conference, finished up their shortened seasons last week. But the Wesco and KingCo leagues have one more game to go.

Here is a quick recap of last week’s highlights, and a look forward to Week 7 storylines and games to follow:

THREE THINGS WORTH REVISITING FROM WEEK 6

After Kennedy Catholic quarterback Sam Huard became the WIAA all-time passing leader (13,226 yards) in his final game Saturday, he and Lancers coach Sheldon Cross stuck around and played catch at Highlight Memorial Stadium long after the game ended. On Monday, the new chapter began with a team Zoom meeting – and Mason Hayes the new signal caller. “We will start with the building block of progression again,” Cross said.

Yes, this has been a crazy football year. But don’t expect the two undefeated league champions from the Bethel School District – No. 3 Graham-Kapowsin (4A SPSL) and No. 7 Spanaway Lake (3A PCL) – to give back their first-place banner. Graham-Kapowsin clinched with a win over Sumner, and the Sentinels beat Lakes to take the top spot. “Football is a priority out here,” Eagles coach Eric Kurle said. “Your team is a big part of the community.”

It would have been foolish to bet against reigning Class 3A champion Eastside Catholic and perennial powerhouse O’Dea as Metro League favorites. But it hasn’t played out that way, at least in the regular season. Seattle Prep has beaten both teams in back-to-back weeks, including a 20-7 win Friday over the No. 1 Crusaders. “These kids are playing with a ton of confidence,” Panthers coach Aaron Maul said.

It took time, but top 4A Wesco rivalry on

Even before the season, Lake Stevens coach Tom Tri and Glacier Peak coach Shane Keck tried to find a way to make a game work. They tried switching out opponents in two separate weeks, to no avail. Finally, the Vikings and Grizzlies made a last-week opening work Thursday, making sure Snohomish County’s top rivalry game happened. “Both programs wanted to from the get-go,” Keck said. “And they are really excited – and happy. It is our big rivalry.”

For whom will the ‘Bell’ ring?

It used to be that the winner of the “Battle of the Bell” rivalry – Mead or Mount Spokane – would have to drag a 400-pound bell out of Joe Albi, put it in the back of a truck and haul it back to school. “It took eight players to unload it,” Wildcats coach Terry Cloer said. Now, that same bell is a fixture at new Union Stadium – the schools’ home field. New Wildcats QB Kellen Flanigan will try and beat his old school, led by RB Caleb Shawen, in the big game.

Riverside rumbling through 1A Northeast

Since winning the Class 1A title in 1993, Riverside High School has been hit or miss (mostly miss) as contenders in the tough 1A Northeast. Well, that appears to be changing as former All-American linebacker Buddy Wood has his alma mater at 3-0 heading into a showdown against Lakeside of Nine Mile Falls – led by Jaedon and Jaxon Betker. “You have to match that (1A NE) physicality or you are going to get beat up night to night,” Wood said.

Skinny: Coach Tom Tri’s Vikings have not lost to a 4A Wesco opponent since 2013 – a 38-27 loss to Mount Vernon. That 45-game (4A) league winning streak could very well be put to the test against this efficient Grizzlies’ group.

Skinny: In the past, the annual “Battle of the Bell” rivalry drew nearly 10,000 spectators at Joe Albi Stadium. But this year – new site, and new set of COVID-19 viewing rules, which gives this game a totally different feel.

Skinny: If Bothell wins again in this rematch from three weeks ago, the Cougars will have won four games in a row over Woodinville – their longest winning streak since their decade-long dominance starting in the early 2000s.