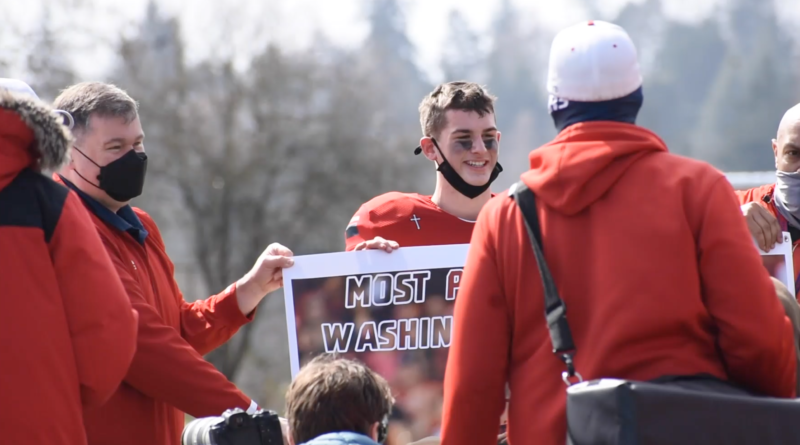 In his last game in a Kennedy Catholic uniform, quarterback Sam Huard eclipsed former Shadle Park standout Brett Rypien’s record in a 60-17 win over Kentwood. He needed 333 yards and passed the previous milestone —13,044 yards — late in the first half with a 12-yard pass to RB Leland Ward. Huard finished with 514 yards passing and eight touchdowns completing 40 of 56 passes.

Here is the moment it happened, the timeout called by Lancers coach Sheldon Cross to celebrate and Huard’s reaction: