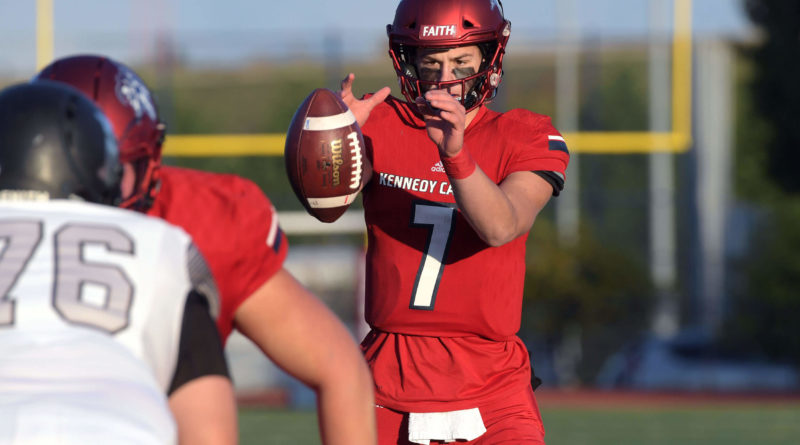 Kennedy Catholic quarterback Sam Huard, the No. 1 pro-style QB prospect in the country, is 333 yards away from eclipsing a record that – until the pandemic threatened his senior season – seemed inevitable.

He’s surpassed 333 yards in the first half of each of his first two games. In Kentwood, the Lancers face their toughest opponent yet.

SBLive has you covered on everything you need to know about Huard’s path to this moment.

Skinny: Most people tuning in — in person or via stream — likely won’t be doing it just to see who wins. Huard could break the state’s all-time passing record and based on his first two games, could hit his needed mark — 333 yards — it in the first half.

Here is the official tally, as compiled by Lauren Smith of The News Tribune:

• Huard joined the SBLive Washington podcast this week to reflect on his four years at Kennedy Catholic, his baptism-by-fire start as a freshman, his NFL family upbringing and more. Listen to that episode here:

• The 2021 All-American Bowl was canceled in October. But that didn’t stop the four Washington high school selections from receiving their jerseys. Read about that HERE.

• Huard kicked off his junior season on a big stage: CenturyLink Field, playing Bethel in front of a national TV audience on ESPNU. Photographer Vince Miller was embedded with the team. See his photo gallery HERE.

Here are some photos of Huard through the years: