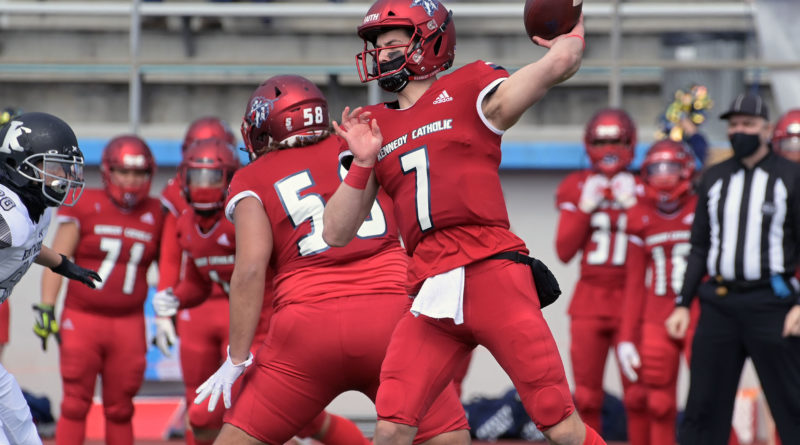 The five-star University of Washington signee broke Shadle Park quarterback Brett Rypien’s state record of 13,044 passing yards after completing a 12-yard swing pass to Leland Ward in the final minute of the first half.

Kennedy Catholic ran one more play before the game was delayed so Huard could be recognized by the home faithful at Highline Memorial Stadium. He was hugged by coach Sheldon Cross and teammates, and presented a poster. The Lancers led visiting Kentwood, 27-3, at the time.

Second later, he threw his fifth touchdown of the first half to Ward.

Huard, the son of former NFL quarterback Damon Huard, is expected to enroll at the UW for spring football as early as Monday.