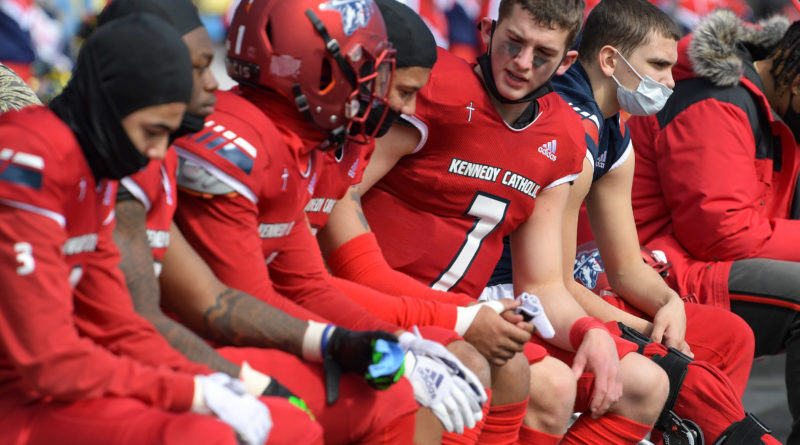 BURIEN – Sam Huard capped off his stellar high school career with a record-breaking performance on Saturday.

The 5-star University of Washington signee broke Shadle Park quarterback Brett Rypien’s WIAA state record of 13,044 passing yards after completing a 12-yard swing pass to Leland Ward in the final minute of the first half of Kennedy Catholic’s 60-17 win over Kentwood.

After the game Huard announced that he is enrolling at UW on Sunday to begin his college career.