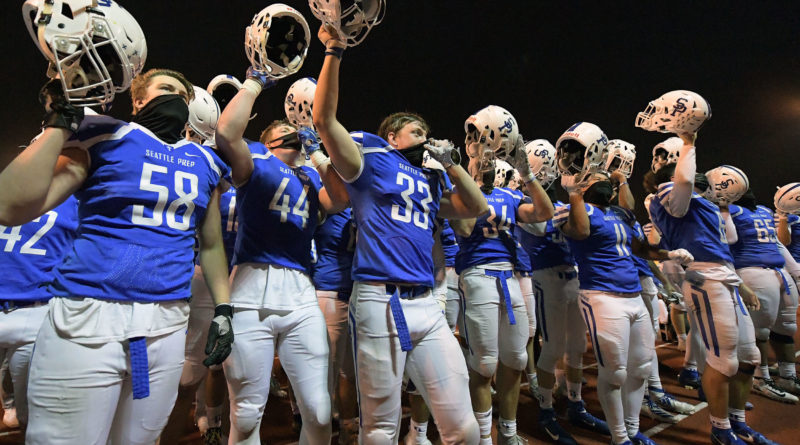 Maybe the Metro League’s best football team did not play in the last Class 3A state championship game.

Seattle Prep can certainly make an argument, especially after its showing the past two Friday nights.

One week after defeating O’Dea for the first time in 41 years, the Panthers sent more shockwaves throughout the state with a 20-7 victory over top-ranked Eastside Catholic at the Northeast Athletic Complex in Seattle.

If Seattle Prep defeats Bishop Blanchet next Thursday, it will nab the top seed to the league playoffs, held at Memorial Stadium.

And if that happens, O’Dea and the defending 3A champion Crusaders could be headed for a rematch in the Metro semifinals, not in the league championship game that most anticipated would happen.

After Eastside Catholic tied the game midway through the second quarter on Kobe Muasau’s 6-yard touchdown pass to Jordan Carroll, the Panthers regained the lead for good in a flash as Kendin Alexander took the ensuing kickoff down the right sideline 94 yards for a touchdown.

Seattle Prep’s defense made sure to shut the door from then on out, forcing five Crusaders’ turnovers (including a fumble recovery and interception in the fourth quarter by Austin Harnetiaux) – and registering the biggest defensive stand with less than five minutes remaining in the third quarter, holding Eastside Catholic on downs at the Panthers’ 5.

“We have a pretty dynamic personnel group that allows us to be really multiple on how to attack different offenses,” Seattle Prep coach Aaron Maul said. “That is what makes it really fun – the kids are in a place of being really confident in our scheme.”

Senior Sam Carlson drilled a pair of fourth-quarter field goals, including a 27-yarder that gave the Panthers a 17-7 lead with 11:51 remaining.

Seattle Prep defeated the Crusaders for the first time since 2011, snapping an eight-game skid in the series.

“They are playing with a ton of confidence,” Maul said.

“We are playing ‘Us’ football. … Nobody cares who is eating. Everybody is going to go out and ball.”