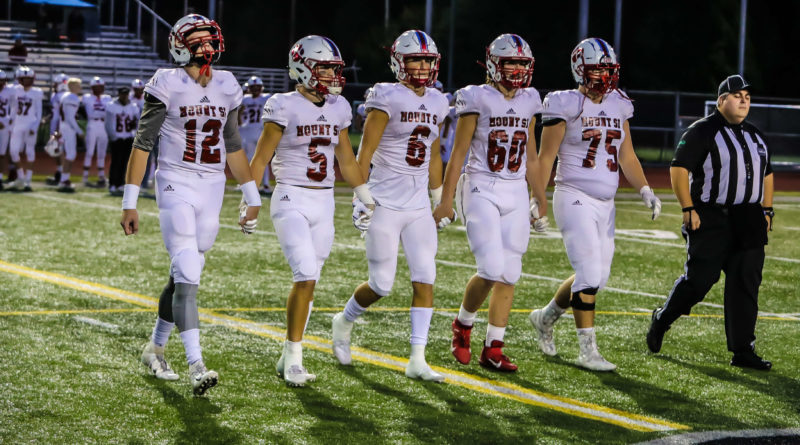 Mount Si has canceled the remainder of its football season after “multiple” individuals associated with the team tested positive for COVID-19, the Snoqualmie Valley School District announced Thursday.

The district learned those who tested positive participated in the Wildcats’ game against Issaquah on Saturday morning. After going through contact tracing and assessing the potential spread with King County Public Health, the district decided to cancel the remainder of the season. The news was first reported by the Snoqualmie Valley Sports Journal.

“This was a heartbreaking decision that we understand is especially disappointing to our student athletes, coaches and families who have so eagerly anticipated their season,” district superintendent Robert Manahan said in a district release. “ Even so, this decision is necessary for the safety of our students and staff.”

Mount Si is believed to be the first program in the state to shut down its season due to members of its team contracting the virus. Several programs have been put on pause, and resumed once it had enough active players to field a team.

Mount Si coach Charlie Kinnune said “under five” players have tested positive this week, though testing is still ongoing. The decision only impacts the varsity and JV teams. Since the C-team and freshmen did not come into contact with the other teams, those seasons are not impacted.

Nurses with the high school and school district spent the last several days contact tracing the positive cases through interviews with players. The virus was not believed to be transmitted in a school-sanctioned setting, according to a source.

The team learned the news at 8 p.m. on Wednesday on a zoom call with the entire team. Kinnune said he broke the news, then gave the 24 seniors the chance to share their thoughts and reflect on their high school football careers ending.

“Just horrible,” Kinnune said of breaking the news to his players.

There were around 75 players and coaches on the call.

“A lot of tears, emotion and a lot of gratitude shared, which is something we’re big on in our program,” Kinnune said. “It’s very cleansing, something we try to do a couple times a week, so it comes pretty natural for us. “

It’s unclear how many people associated with the program tested positive, or whether those people were players, coaches, or someone else. Players and staff were instructed to quarantine at home. The district said the action was taken as a result of Washington State Department of Health recommendations, in order to not slow the school’s plan to bring students back for in-person learning. Mount Si implemented a hybrid model, which began on Monday.

It’s unclear what that means for Issaquah’s season. The program has canceled its game Friday at Bellevue, but its team website still lists its fourth game against Skyline on April 2.

Mount Si was SBLive’s No. 1 ranked 4A team in preseason and midseason rankings. The Wildcasts (2-0) had completed two of its four scheduled games, beating Bellevue 23-13 in its season-opener and Issaquah on Friday, 40-0.

It was slated to play Skyline on Friday and rematch Bellevue on April 2, both at home. The Wildcats’ Week 3 opponent has rescheduled. Skyline will play at Bellevue on Saturday at 11 a.m. Bellevue has not announced a Week 4 replacement game.