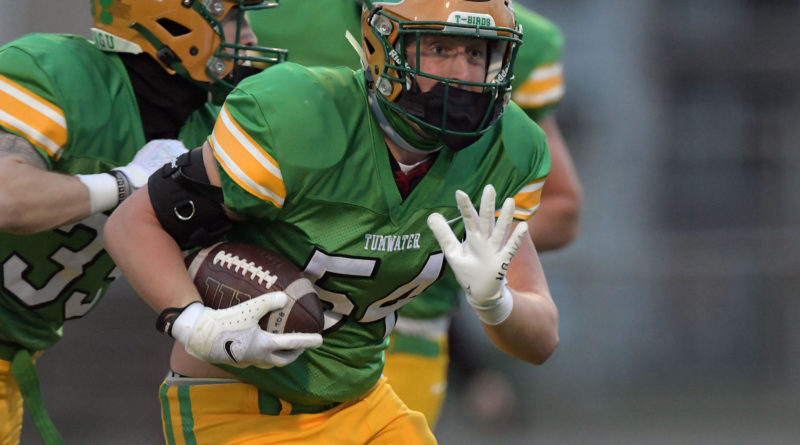 It was billed as the mythical Class 2A state championship game – and a rematch of last year’s official state title game.

The result was much of the same.

Top-ranked Tumwater is just that good – and the Thunderbirds closed their season with a 50-12 victory Saturday night over the second-ranked Steilacoom at Sid Otton Field.

Senior Turner Allen rushed for 201 yards and three touchdowns, and the Thunderbirds registered six sacks and a defensive touchdown.