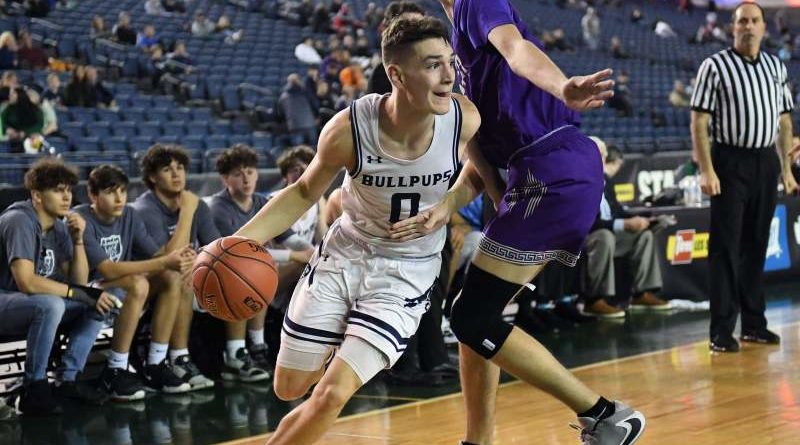 After two years the NCAA Tournament is back. And on Sunday, the men’s basketball field was set. the First Four play-in games kick off the 2021 tournament on Thursday and first round games take place Friday and Saturday.

Here is every player and coach from the field of 68 with Washington high school basketball ties:

Did we miss someone? Please let us know. Email any omissions to andy@scorebooklive.com.

Bonafide national player of the year candidate and a presumed first team All-American lock has established himself as the leader of the country’s top-ranked team. In high school, he led King’s to two 1A state titles, averaging 23.0 points, 6.8 boards, 3.4 assists and 2.3 steals as a junior (missed most of his senior year at King’s due to injury).

Longtime assistant under Mark Few is renowned for establishing a global recruiting footprint. In high school, he led Kelso to its first 4A state tournament appearance in 15 years as a senior in 1993.

Starting power forward is averaging 7.2 points and 3.4 boards on 62.8 percent shooting. Led Gonzaga Prep to back-to-back 4A state championships as a junior and senior. Earned the state coaches association’s Mr. Basketball award in 2019.

Former Gonzaga walk-on played five years for the Zags, becoming a fan favorite along the way. In high school, he was the 2A Greater St. Helens League player of the year in 2012. Son of Monarchs coach Bill Bakamus. Listen to both on a 2020 podcast wit Dan Dickau.

Redshirt sophomore from Bothell is averaging 6.9 points and one rebound per contest — with two more than 30-point scoring nights. Transferred from Idaho after breaking the program’s freshman scoring record. At Bothell, he was also known as a scorer, finishing as the Cougars’ all-time leading scorer with 26.6 points per game as a senior.

Averaging 7.7 points and four rebounds for the Mountaineers, who finished fourth in the Big-12. At Wilson he was a force, nabbing 3A Pierce County League MVP as a senior and The News Tribune’s All-Area Player of the Year in 2018.

Has appeared in 22 games this season, averaging 12.5 minutes per contest with 3.6 points per game. He grad-transferred to Oklahoma State after establishing himself as a sharpshooter at Cal Baptist.

Walked onto the Buffs team as a sophomore after spending a season as a practice player for the school’s women’s basketball program. Played on a 2018 Seattle Prep team that reached the 3A state tournament.

Before he starred at UW and played seven years in the NBA, Pope was a standout big man at Newport High School. He pivoted into coaching, after dropping out of medical school, and rose the ranks to lead BYU’s program in 2019. He was set to take the Cougars dancing as a 6-seed in 2020, before the pandemic resulted in the tournament being canceled.

Moved to Seattle as a senior after rising to become the top player in the state in Nebraska. He transferred to Garfield, but did not end up playing, according to his school bio. Played his freshman year at San Diego State, where he appeared in 13 games, averaging 1.6 points on just over four minutes per game. Transferred to Salt Lake CC for his sophomore season before transferring to Missouri. He has not played this season.

Named Mountain West Sixth Man of the Year averaging 6.8 points, 2.7 boards on 40.5 percent shooting for a Utah State team that finished second in the Mountain West after dropping three of its first four games to start the season. Transferred to Utah State after one year at North Idaho College. In high school, he led Garfield to a state championship as a junior after helping Wilson reach the 3A semifinals as a sophomore.

Big West Player of the Year is averaging 16.2 points, 5.2 assists and 3.4 rebounds per game on 48.9 percent shooting for the Gauchos, who nabbed a bid after winning the Big West tournament. After two years at Oregon State, the guard transferred and found a great fit at Santa Barbara. Named Mr. Basketball by the Washington Interscholastic Basketball Coaches Association as a senior and holds 13 records at Peninsula.

Picked to finish last in the Pac-12 in the preseason, the Beavers made the second NCAA Tournament in the Tinkle era after beating UCLA, Oregon and Colorado to win the Pac-12 tournament. Tinkle is perhaps known best for his time as a standout player and, later, coach at Montana. But he played high school ball in Spokane and was a Greater Spokane League MVP in 1984, according to The Spokesman-Review.

Led Walla Walla to a famed 1999 state championship and went on to take part in four NCAA Tournament runs as a player at Gonzaga. He reflected on the run on an SBLive podcast with Dan Dickau last year. He’s in his fourth year on Wes Miller’s staff at UNC Greensboro.

Venters is in his first season playing with the Eagles after redshirting in 2019-20, and in 10 minutes per game, he’s shooting 41 percent from 3 and 83.3 percent from the free throw line in a backup slot. In high school, he was a scoring machine at Ellensburg, where he was an all-state pick who averaged 23 points, eight boards and five assists as a senior, leading the Bulldogs to a Central Washington Athletic Conference title.

Backup guard averages 2.9 points and just over a board and an assist per game in 18 appearances. In high school, he helped lead Timberline to a program-best fourth place 3A state finish in 2018.

Appeared in four games as a redshirt sophomore. In high school, he starred in football, soccer and track in addition to basketball. As a senior, he was an All-Northwest Conference selection, averaging 15 points, nine boards and five assists.

Averaging 8.7 points and four boards on 53.9 percent shooting on around 21 minutes per game for the Eagles. In high school, Groves was an all-Greater Spokane League player, posting 17.6 points and 9.5 boards per game as a senior.

First team all-Big Sky selection 16.4 points, 8.1 rebounds on 55 percent shooting. Greater Spokane League MVP as a junior, posting 16 points, 11 board and 1.5 blocks — and those marks improved as a senior.

Played a key role in two 4A state championship runs with the Bullpups, alongside Anton Watson. As a senior, he willed the Bullpups to the 4A state tournament in 2020, averaging 23 points, six assists and six boards on 41 percent shooting from 3. At Grand Canyon as a freshman, he’s appeared in 12 games, averaging nine minutes 2.7 points on 50 percent shooting.

The senior forward, Edmonds CC transfer is averaging 10.6 points, 3.9 boards on 48 percent shooting for the Colonian Athletic Association champs. Was the 2B WIBCA state player of the year in 2015 after averaging 19.8 points and 7.8 boards as a senior.