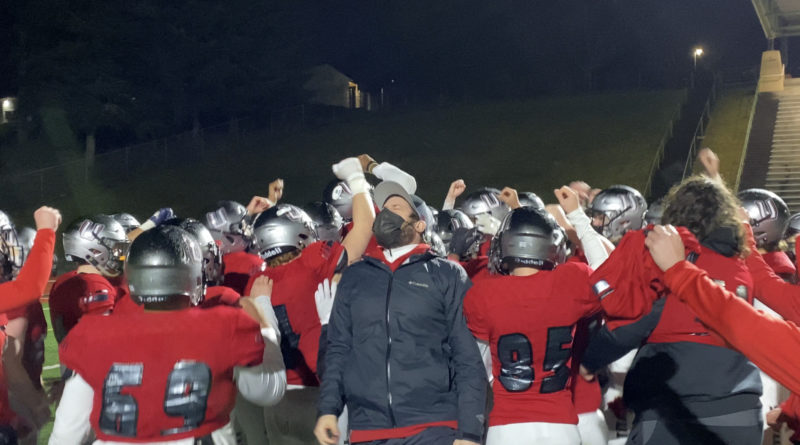 When junior kicker Sonny Pitts blasted a 47-yard field goal through the uprights as time expired in the second quarter, the public address announcer echoed through the empty stadium.

Pitts had notched a program record.

For the second week in a row.

“It came off my foot really great,” Pitts said. “He blocks in front of me were great, the snaps were great, the hold was great, and I was like ‘this is going through.’ “

Union (2-0) beat Mountain View (1-1) 60-13 on Friday night at McKenzie Stadium. His boot helped Union escalate a momentous quarter where the Titans turned a 13-13 tie into a 32-13 halftime count. It would only get more lopsided from there.

Pitts’ 45-yard field goal late in the first half of Union’s Week 1 win over Camas was in fact a program record, too.

Pitts was in the position to break the record because he proved to coaches he had the range. When Union faced fourth down on its own 30 yard line, with two seconds left in the first half on Friday, coaches called his number.

“The coaches know, they’re confident in me,” Pitts said. “(Rosenbach) knows I can put it out there, put it through. I’m grateful for the chances to be able to hit those.”

Pitts grew up a soccer player, but once he started playing football his dream was to be a tight end. In seventh grade, a coach asked Pitts if he could kick, and he agreed to try. The more he became comfortable with the position, the more he considered a future as a kicker.

“I was like, I could go somewhere with this, I’m pretty good at this,” Pitts said.

He split time as Union’s kicker in 2019, starting the second half of the season. Now, in his first season as a Week 1 starter, Pitts is already smashing his own records.