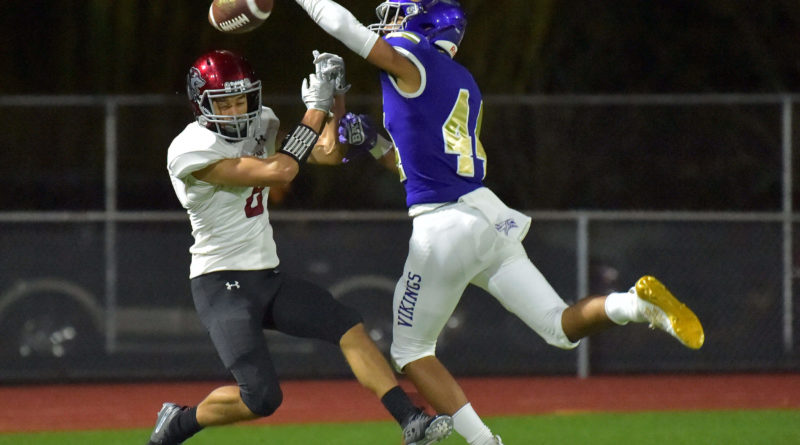 SBLive Washington is previewing the Top 50 high school football teams in the state. Here’s an inside look at the Puyallup Vikings of the 4A SPSL – No. 11 in our countdown.

This is the end of the three-part Holcomb lineage with Puyallup football – and he could leave as 4A SPSL MVP?

Who doesn’t like a guy that benches 400 pounds, and can move defenders with one arm anchoring the line?

Certainly the glue of the secondary, this three-year starter has the short-space quickness to be an elite cover man.

While other 4A contenders have gotten plenty of attention over the past two seasons, the Vikings have largely flown under the radar.

Maybe it’s because few remember the teams that reach the final four, as Puyallup did in 2018, losing a pair of close games to eventual state champion Union.

And last season, the 4A SPSL runner-up lost two games all season – to Graham-Kapowsin during the regular season, and eventual state winner Camas in the playoffs.

If there was a postseason this winter – and there isn’t – it would be a huge shocker if the Vikings didn’t make a deep run with returning starting quarterback Luke Holcomb and one of the biggest offensive lines in the state.

Holcomb had more ups than downs in his debut 2019 season, but has really taken the next step in the command of the offense, coach Gary Jeffers said.

“They are all fast with good hands,” Jeffers said.

Ziere Ford was the No. 3 running back as a sophomore, but has emerged this winter as a workhorse-type tailback. Ryan Cramer and Stryder Resendez – who has been a quarterback and wide receiver as well – will also see action.

But even though the Vikings graduated two offensive linemen to the college ranks, they have four big men back who have starting experience, led by left tackle David Iuli, one of the state’s top recruits in the 2022 class who missed all of his sophomore season with a knee injury.

Danny Uluilakepa, the team’s top tackler and 2019 league defensive player of the year, is gone and irreplaceable in the linebacking corps. Jeffers hopes a bevy of rotating defensive linemen and an aggressive secondary, paced by the versatile Sanchez, will help make up for the loss.

“It has impacted everyone a bunch. We won’t know the impact until we start.” – Gary Jeffers