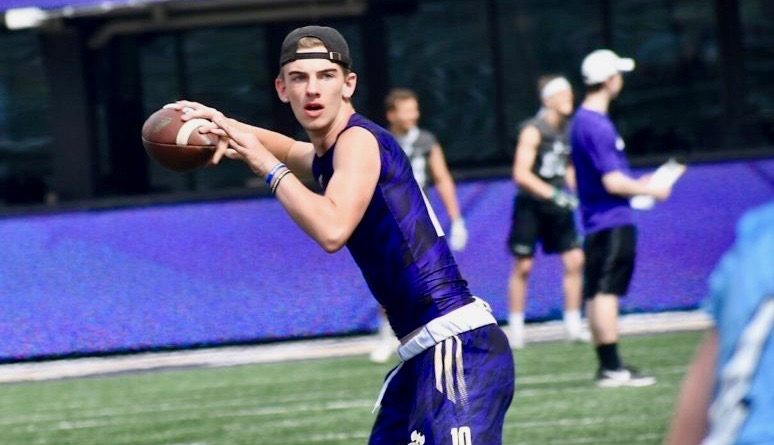 SBLive Washington is previewing the Top 50 high school football teams in the state. Here’s an inside look at the Lake Stevens Vikings of the 4A Wesco – No. 10 in our countdown. Lake Stevens kicks off its season this Friday (March 6) against Archbishop Murphy.

One of the few remaining starters from the 2018 state title game, Carter (WR/CB/FS) is now the guy.

With team’s front seven a bit in flux, Vikings would welcome a big senior season from this elite pass rusher.

On a game-by-game basis, you’d be hard-pressed to find a more impressive WIAA football team over the past two seasons (24-2 record) than the king of Snohomish County.

After making the 4A title game in 2018, the Vikings averaged 51.8 points and 507.6 yards of total offense per game last season in reaching the state quarterfinals.

“Honestly, we believe we are one of the best teams in the state, at any level,” Lake Stevens coach Tom Tri said.

So, why the long faces? This program has set such a high standard, anything less than a state championship seems like a disappointment.

Make no mistake, despite graduating a huge senior class, the Vikings are still one of the top-tier 4A programs this winter.

Without four of five starting linemen, workhorse tailback Dallas Landeros and three wide receivers now all playing a sport in college, Tanner Jellison is sort of in a last-man-standing position in this offense as a senior.

“We are going to rely a lot on his leadership, on and off the field,” Tri said. “He won’t have the time (in the pocket) he had last year, but he should be more comfortable overall.”

The challenge for Tri will be getting touted junior Grayson Murren some repetitions under center. He is just as tall as Jellison (6-foot-5) but his running ability will give the Vikings a different dimension now and next fall.

Whoever is throwing passes will be looking in the direction of Drew Carter – a lot.

“He should lead the league in receptions, yards and touchdowns,” Tri said. “He is going to be the real deal for the next two years.”

And the team’s freshest-face five-star recruit is sophomore running back Jayden Limar, who already holds an offer from Utah. He is strong (500 squat), athletic (411/2-inch vertical jump) and has enough burst (4.53 seconds in the 40-yard dash) to run away from defenders.

“I would say COVID has been devastating to our program.” – Tom Tri