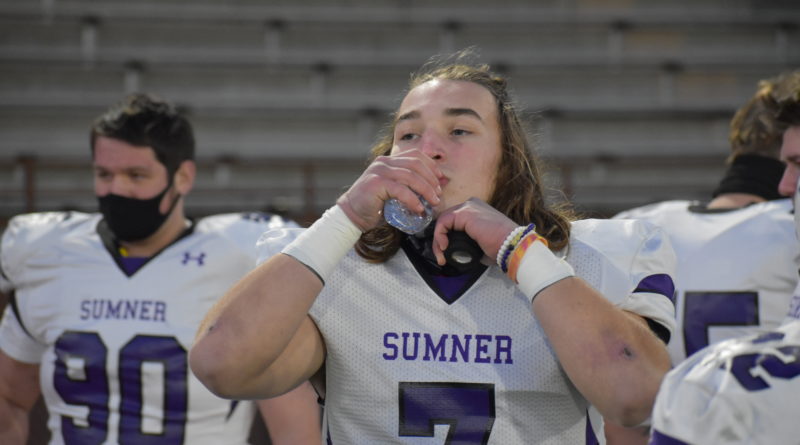 Last week, Wing scored three times in a season-opening victory over Curtis. He now has seven touchdowns in two games.

His interception near midfield set up his 2-yard scoring plunge with nine seconds remaining in the first half, giving the Spartans a 39-0 lead.

Here are highlights from the Sumner-Emerald Ridge game: