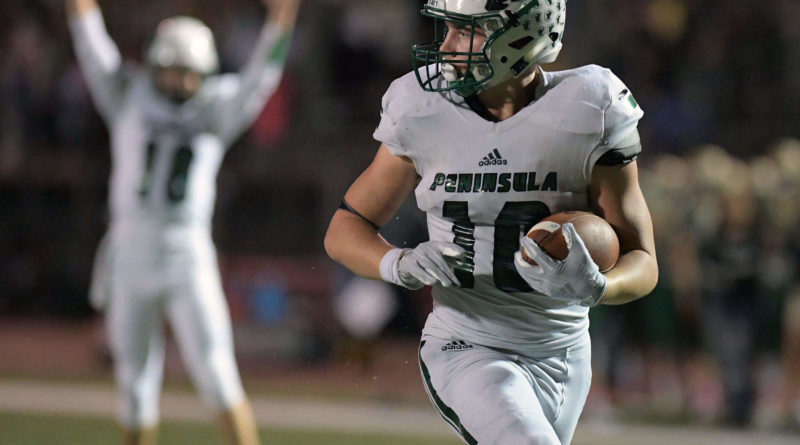 SBLive Washington is previewing the Top 50 high school football teams in the state ahead of the 2020-2021 season. Here’s an inside look at the Peninsula Seahawks – No. 16 in our countdown.

Editor’s note: Peninsula has joined the 4A South Puget Sound League for this shortened season.

8-3 overall, 7-0 3A South Sound League (first place); lost to Mt. Spokane in the first round of the 3A state playoffs.

Central Washington signee was a first team all-league choice as a junior, returns as the leader of an experienced defense.

Hard-nosed running back, Eastern Washington commit was the South Sound Conference MVP as a junior.

Nationally renowned Kohls Kicking Camp labels him a 5-star, and he’s got the stats to back it up. He’s missed just one field goal and is perfect on PATs in a Seahawks uniform.

The pieces are starting to come together for the Seahawks. So much so that they have a roster, as currently constructed, that makes you wonder just how far it could go in a year with normal playoffs and state championships.

Peninsula, which has been in the playoffs 15 of the last 16 seasons, returns 15 starters from a team that swept its way to a 3A SSC title in 2019 before driving across the state to get sliced up and down by the state’s most productive running back — Mt. Spokane’s Kannon Katzer — in the first round of the playoffs.

Now it’s Peninsula that has the feared backfield.

Eastern Washington commit Sean Skladany and Landon Sims are both at least 6-foot-2, north of 200 pounds, will run through you if you’re in the way and are leaders in the middle defense and secondary.

Folks got a glimmer of their potential as a one-two double-thunder punch when they each rushed for more than 100 yards in a season-opening thrashing of Gig Harbor.

And it doesn’t stop there.

Junior quarterback Jake Bice steps under center with promise and poise after an offseason coach Ross Filkins called “great,” that included an impressive showing at a padded college showcase in the fall alongside some of the state’s top talent.

“We should be strong and balanced in all three phases,” Filkins said.

The Seahawks join the 4A South Puget Sound League for the season, which will give them a playoff-level opponent on most weeks.

And don’t think they can’t win it. Filkins sure thinks so.

“Our kids have been amazing,” he said. “They are resilient and appreciative for this opportunity.”

“It’s been rough. We rely on well-planned out offseason to develop our team. Our school district is the only one around without middle school football. We are always playing catchup. Our kids have been amazing.” —Ross Filkins