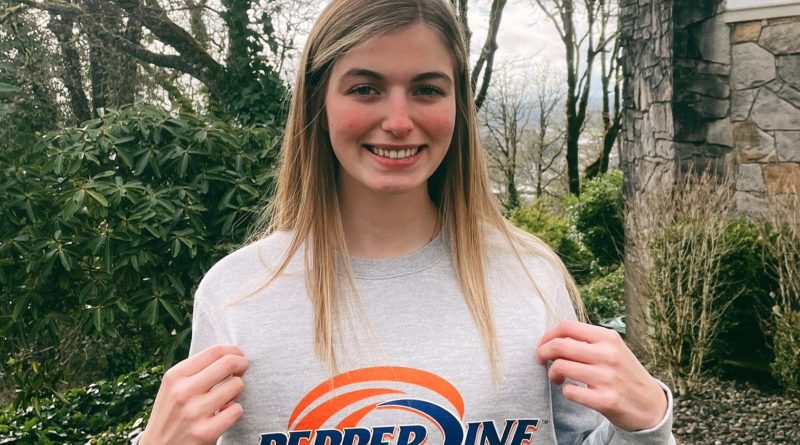 Very few girls basketball players in Washington have seen their recruiting stock rise during the COVID-19 pandemic as much as W.F. West High School’s Drea Brumfield.

The Class 2A all-state wing player has showcased that sweet perimeter jumper all across the country in recent months, impressing NCAA Division I coaches alike.

Instead of waiting to collect a bevy of Power 5 scholarship offers moving forward, the 6-foot-3 junior made a pivot Thursday, giving Pepperdine University a verbal commitment to join its women’s team as part of the 2022 class.

“Going to a Power 5 team, maybe I would not play a lot my freshman year or sophomore year,” Brumfield said. “I wanted to go somewhere I can make an impact immediately.”

A few months ago, Pepperdine wasn’t really even on Brumfield’s radar. But suddenly, Waves’ coaches began contacting her – a lot.

“They were constantly texting me and calling me, and it made me feel like they wanted me,” Brumfield said. “And I had pretty much made up my mind before they offered me that I was going to wait for it.”

The offer came last week from second-year coach Kristen Dowling. The next day, Brumfield was back on the phone, accepting the invitation to play in dreamy Malibu, California.

Dowling is trying to get the Waves competitive again in the WCC. They have not made an NCAA Division I tournament appearance since 2006.

“I think she does a great job,” Brumfield said. “The idea of taking what she is doing, and helping her do it – it is exciting.”

Last season, Brumfield led the Bearcats by averaging 12.3 points, 7.0 rebounds and 2.7 blocks in being voted as an all-2A Evergreen Conference first-team forward.

Moving forward, she now becomes the focal point of the W.F. West offense – and she could fill a similar role for the Waves.

“They play a lot of dribble-drive stuff, and they are going to let me go inside and outside, which is what I like to do,” Brumfield said. “It fits my style.”

What also fits her eye is the beautiful Pepperdine campus, located next to some of the nicest white-sandy beaches in California. She and her family are visiting the town this weekend.