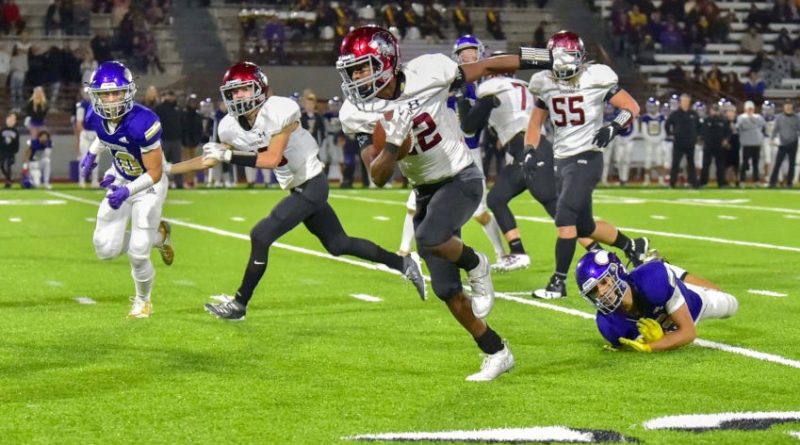 SBLive Washington is previewing the Top 50 high school football teams in the state ahead of the 2020-2021 season. Here’s an inside look at the Eastlake Wolves of the 4A KingCo – No. 18 in our countdown.

9-2 (first place in KingCo Crest); lost to Puyallup in 4A first round.

Offensive workload should increase (20 touches per game), but his quickness is best-suited as one-on-one pass defender.

All-4A KingCo first-teamer is speeding bullet to the football for experienced secondary; will walk on to play at Wake Forest.

Big outside go-to target can snatch passes at their apex over any cornerback; Eastern Washington University walk-on.

Last season, it was Grady Robison’s world – and everyone else in the KingCo was living in it.

The dazzling Western Kentucky signee was a highlight-reel playmaker at quarterback – with his arm and feet. The Wolves needed him to come up big in every game. And the 4A KingCo Crest MVP did. Because of it, Eastlake won its division and played in the league championship game, losing to Bothell.

This shortened season, the roles will reverse for new starting quarterback Parker Barrysmith, a junior. He won’t have to do it all.

In fact, this will be a season in which the supporting-cast skill-position players – Leroy Jackson at running back; Max Verboort, Chris Knutson and Zade Thompson at wide receiver; and Carson Seelig and Cody Matson at tight end – will shoulder most of the responsibility in getting the offense moving. All Smith has to do is make the “right reads and routine plays,” coach Don Bartel said.

“That group is extremely confident and developed,” Bartel said.

A pair of juniors – Ethan Kim at center, and Ryan Ware at left guard – will anchor an offensive line that should be good for the next few years. And on defense, the entire secondary returns, led by Jackson, who is the league’s premier shutdown cornerback.

That is what makes Eastlake just as dangerous a year later – across the board, this is a more balanced group.

“It’s been tough, but we have always prepared our guys for life outside of football, so COVID-19 has only strengthened our belief in our core values as a program.” – Don Bartel