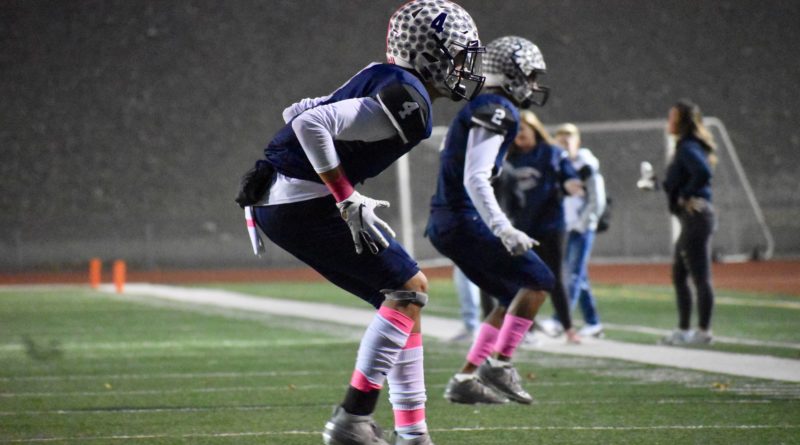 SBLive Washington is previewing the Top 50 high school football teams in the state ahead of the 2020-2021 season. Here’s an inside look at the Chiawana Riverhawks of the 4A/3A Mid-Columbia Conference – No. 20 in our countdown.

Air Force signee will be a workhorse on both sides at running back, and making sure to shut down other rushing attacks.

If he can fully overcome two broken-foot injuries, you might be seeing the state’s next dominant pass catcher arrive.

Yes, he is a gun-slinger at heart. And if he makes better choices under pressure, Chiawana offense will be tough to stop.

A new voice will be heard.

Through last season, the Riverhawks only knew one coach – Steve Graff, who stepped down early in 2020 after 23 seasons, including the past 11 years at the newest school in Pasco.

Graff was a hard-nosed disciplinarian whose teams were some of the most physical defensive squads in the state. His resumé was remarkable – 203 wins and four state championships (three at Pasco, one at Chiawana in 2013).

Now, it is Scott Bond’s turn to keep Chiawana on the championship path.

A 1992 Pasco graduate who played for Graff, and later became the Riverhawks’ offensive coordinator, Bond will continue to evolve the team’s passing attack, and has one of the state’s most exciting talents in JP Zamora, a dual threat who has already given Utah a verbal commitment.

“He is a lot more confident, and has played a lot of football for us already,” Bond said. “We can put more on his plate now.”

If there is an area of concern for this team, it is along its offensive line. Against the state’s better teams, it struggled to contain athletic pass rushers, often flushing Zamora into a whirlwind of split-second playmaking decisions – and untimely mistakes.

“He was trying to press,” Bond said.

It will be a welcomed sight to have a healthy Kobe Young (foot) back on the field. He missed much of the 2019 season with a broken foot, and is arguably the top two-sport athlete in the state (also a basketball recruit).

The strength of this team, once again, will be on defense, led by Isaiah Anderson, a two-time state wrestling champion, up front, and Cameron Breier and Gerardo Alonso in the linebacking corps.

“They are champing at the bit to get going. I’ve been impressed with these kids. They’ve handled it great.” – Scott Bond