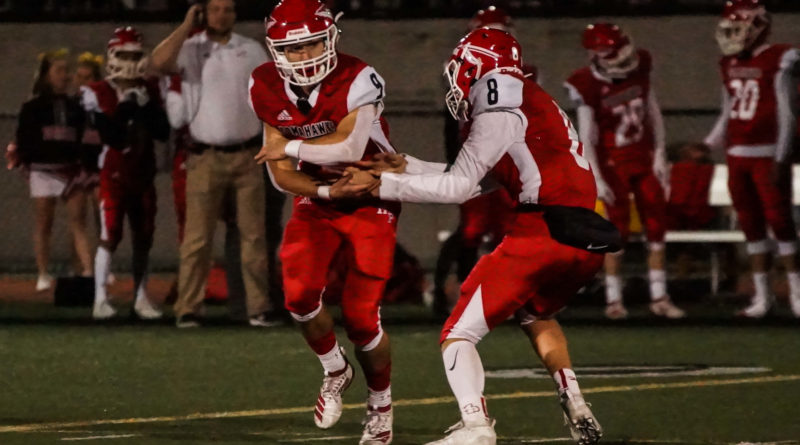 SBLive Washington is previewing the Top 50 high school football teams in the state ahead of the 2020-2021 season. Here’s an inside look at the Marysville-Pilchuck Tomahawks of the 3A Wesco – No. 22 in our countdown.

One of two 1,000-yard rushers from 2019 returns as the key to M-P’s offense. He’ll shoulder a significant load, and the 25-30 pounds he put on will help. His dad Brandon Carson’s offense will reap the benefits, but the body overhaul has admittedly hurt in one place: “my food bill,” he quipped.

Hulking guard who moves well will lead the way for a team that’s strength is its offensive line. College coaches are starting to take notice. Said Carson: “He’ll be a name people know.”

Starting corner in 2019 will lead the secondary, and has shown coaches he’s a capable enough ball-carrier to see touches at running back.

In 2019, Marysville-Pilchuck football made history, becoming the first team in program history to log an 11-0 record.

Now, the group is trying to make memories.

As he was gearing up to conduct his first official practice since the end of the 2019 season, Brandon Carson’s elation was kid-like. Especially considering how long the program — kids and coaches alike — had been waiting in limbo due to pandemic-related shutdowns.

“It’s been exciting,” Carson said. “You hadn’t been able to lay eyes on kids for so long, and I don’t count zoom as seeing their eyes … they’re excited to be out there no matter what they’re doing.”

The impact of the strong senior class is hard to quantify, but Carson has no doubt their success will be felt among future teams. What’s next, is waiting to see who among the young core steps up and commands the locker room.

“We’re looking for leaders this year in a shortened season,” Carson said.

And talent? Marysville-Pilchuck has that, too. That starts with 1,000-yard rusher Dylan Carson, who is up nearly 30 pounds from his 165-pound playing weight as a sophomore. He did it, in part, to withstand the increase in carries he’ll see as the focal point of the team’s offense.

He has an imposing line clearing the way for him, led by returning second team all-Wesco junior guard Nate Elwood, as well as juniors Blake Jones and Kaleb Potts, both starters as sophomores.

“We have some experience back, that helps,” Brandon Carson said.

Junior Jace Luton should benefit as he steps under center after being the team’s starting JV quarterback in 2019. He’s the younger brother of former Oregon State standout and current Jacksonville Jaguars quarterback Jake Luton.

In a league-only season, newcomers and first-year starters will do much of their learning on the fly.

“We had a virtual summer camp last year. We were able to install our schemes and systems. Kids were able to keep up with workouts via an app we use. I am elated to have some games.” —Head coach Brandon Carson