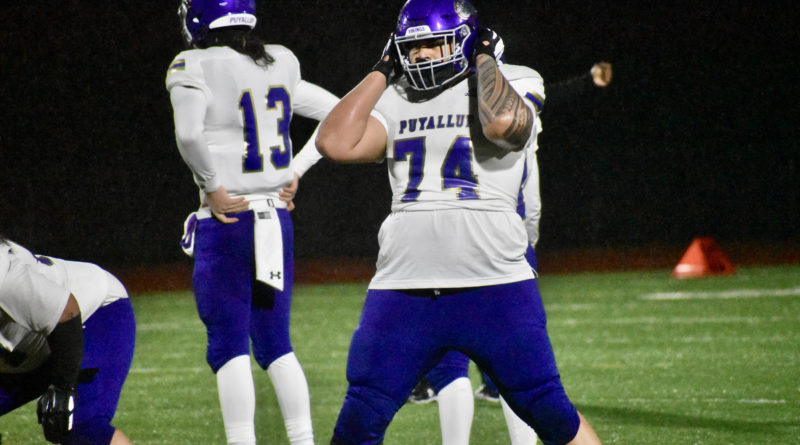 SPANAWAY — David Iuli was all smiles in the postgame. Friday’s start in Puyallup’s season opener at Bethel was a long time in the making.

It was his first game in more than two years.

He’s a 6-5, 315-pound four-star offensive guard with offers from the likes of Washington, Oklahoma, Oregon and USC. And he’d like show those schools what he can do on the O-line, now that he’s healthy, and high school football has officially returned in Washington. Iuli underwent surgery for a torn lateral meniscus. He missed his entire sophomore season due to complications with the surgery. And his long wait to a return was made longer by the pandemic.

“Man, it’s a great experience,” Iuli said. “It feels great, two and a half years away from the game just made me even more hungry. And they’ll see the highlights, no worries.”

He rejoins an offensive line that is the team’s strong point. On Friday, it gave Holcomb plenty of room to operate and paved the way for Ford’s monstrous night on the ground.

“It’s obviously huge to get (Iuli) some snaps since it’s been so long,” Jeffers said. “We’re real happy with his progress and the offensive line as a whole.”