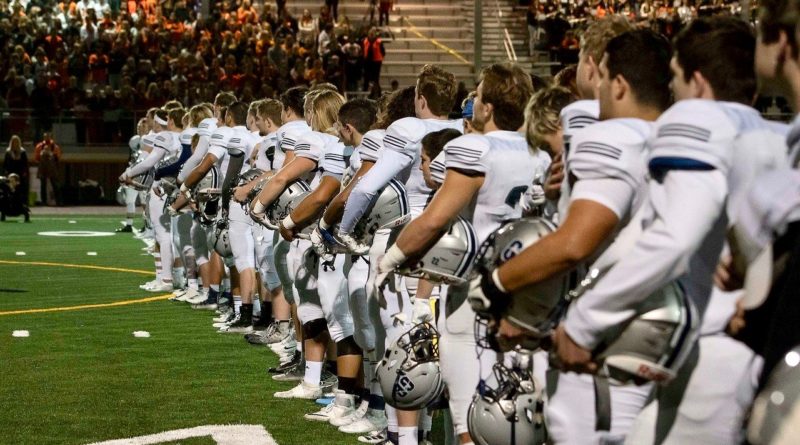 SBLive Washington is previewing the Top 50 high school football teams in the state ahead of the 2020-2021 season. Here’s an inside look at the Glacier Peak Grizzlies of the 4A Wesco – No. 28 in our countdown.

Editor’s note: Glacier Peak is in the Puget Sound region of Washington’s COVID-19 reopening plan. The region has been cleared to move to Phase 2 and football practice is underway.

Signed with Colorado-Mesa on a lacrosse scholarship, shifty slot receiver is key cog in passing offense.

As much as coach Shane Keck wanted the outlook to be better, the reality of a seven-win season in 2019 was apparent.

“That was about who we were,” the coach said.

Which says something about this program’s high expectations in a short amount of time. Since its inception in 2008, Glacier Peak has never had a losing season.

And now, Keck is fully integrated as the Grizzlies coach as taking over the reins from Bender right before last season.

“It feels like we have two head coaches, so the transition was seamless,” Keck said.

So, what is this year’s shortened-season goal? Post the program’s first undefeated record.

Given that the Grizzles’ next three classes of players are full of depth and talent, this could be the start of building toward not only a league championship, but a run at a Class 4A title.

Ryan Black is this season’s catalyst – on both sides of the ball. With his physical running style, he can carry it at least 25 times per game. And he is a ball hunter on defense, moving from outside linebacker to more of a boundary safety.

“He is really special and grossly under-recruited,” Keck said. “I’ve had many guys play NCAA Division I-AA who are not nearly as good as him. … Not many have his kind of impact, because he really fast and very fluid in his movement.”

Black’s presence should set things up nicely for Tyson Lang, a University of Washington preferred walk-on, in the passing game. And they have a bevy of pass catchers, especially Trevor Meldrom, a three-year starter, in the slot; and Matthew Torgeson and Cooper Jensen, the son of former NFL linebacker and Archbishop Murphy coach, on the outside.

“It has taught us how to adapt and make the best of whatever situation is presented to us. It has also made us, as coaches, find ways to work within the guidelines to still give our kids an experience.” – Shane Keck