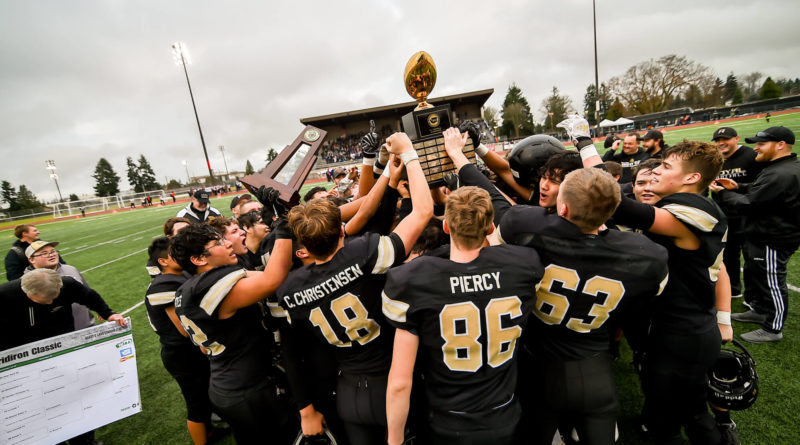 SBLive Washington is previewing the Top 50 high school football teams in the state ahead of the 2020-2021 season. Here’s an inside look at the Royal Knights of the North Central League (on COVID leave from 1A SCAC) – No. 30 in our countdown.

Editor’s note: Royal is in the North Central region of Washington’s COVID-19 reopening plan. The region has been cleared to move to Phase 2 of the plan, which means football practice can start. Royal is scheduled to kick off its season on March 5.

Coaches can’t remember him missing a single workout — six days a week for two years straight — and he plays like he prepares. Primarily a pocket-passer, he’s added muscle and zip to the ball, and moves the offense with ease.

Great speed and strength, with an impressive range catching the ball makes him a QB’s favorite target.

On-field leader as a sophomore separates himself with a high-level understanding of the game. He’s the anchor in the middle of a strong defense, even by Royal’s standards.

The defending 1A state champions Knights bring back experience — lots of it.

Leadership and talent? They have that too.

That’s where the Knights will lean on sure-handed quarterback Caleb Christensen, whose player-led throwing sessions and workouts throughout the offseason have eased coach Wiley Allred’s concerns that a COVID-zapped offseason have slowed his ability to set program standards and build chemistry.

“It’s huge,” Allred said. “We really rely on going to camp, doing spring ball to figure that out. The guys in place know what they’re doing.”

Cooper Christensen and senior receiver Caleb Christensen (no relation), both all-state selections, flashed a QB/wideout connection unparalleled at the 1A level in 2019.

And the Knights boast depth out wide with speedster Aldo Farias, Jace Allred and Luke Bergeson poised to make a jump, as well as a capable back in Avery Ellis stepping into the place of graduated all-state back Lorenzo Myrick.

But the scary part about Royal is the depth and talent on defense.

Explosive and mean defensive tackle Michael Perez is gone, but the Knights return eight starters on D and a linebacker and secondary group that will be hard to move the ball against.

“It’s an advantage to have experience,” Allred said.

In a year that Royal would have entered the overwhelming favorite to repeat if there was a traditional state playoff, it will play a schedule comprised exclusively of bigger schools in its area.