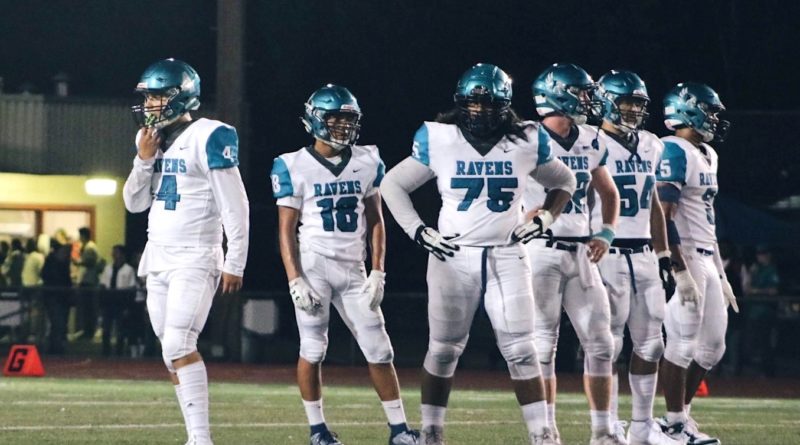 SBLive Washington is previewing the Top 50 high school football teams in the state ahead of the 2020-2021 season. Here’s an inside look at the Auburn Riverside Ravens of the North Puget Sound League – No. 29 in our countdown.

Editor’s note: Auburn Riverside is in the Puget Sound region of Washington’s COVID-19 reopening plan. The region has been cleared to move to Phase 2 and football practice is underway.

Big, physical lineman was a force as a sophomore and should have a bright future.

Will have impact on both sides of the ball, with an increase in carries as he moves from fullback to the team’s feature running back.

Reliable, experienced two-way lineman has logged a lot of snaps on both sides of the ball.

But after coordinating an offense at Steilacoom that averaged 423 yards and 43.4 points per game last season, there was little question he was ready, and no doubt he picked the right group in Auburn Riverside, which brings back loads of experience to replace the loss of two star running backs Javon Forward (now a walk-on at Washington) and Jayden Solis.

The Ravens have only just started official practice, and have been limited to mostly player-led workouts and remote check-ins with coaches, but Herd, 30, already likes what he sees.

“We’re trending upward,” Herd said of his team, which went 7-2 in 2019. “We’re a playoff-caliber team, but it’s going to be about putting everything together.”

Laying the foundation for a new, strong team culture is the first piece of the puzzle, and the early returns are promising. To keep players engaged, coaches incentivized workouts with a point system to preach accountability and ownership. Players who documented workouts and gained the most points got first dibs on picking numbers and picking up jerseys when the time came.

Herd adopted the idea from former North Thurston coach William Garrow (now an assistant at Tumwater). The two were on staff at Steilacoom at the same time.

It helps, too, that the Ravens return eight all-league selections and some 11 players on each side of the ball who recorded starts last season.

Junior quarterback Payton Accetturo started as a sophomore and is poised for a breakout season. “He wants to be coached badly,” Herd said.

Running back Arona Tauliili, who is set to emerge from the shadows of Auburn Riverside’s three-pronged ground attack, should also have a big season.

But the team’s strength will be in the trenches, anchored by Rayma Kaio, Arona Tauliili and Estella Ortiz.

The Ravens moved down to 3A, but will remain in the NSPL and play a largely unchanged 2021 schedule that starts March 12 with Auburn Mountainview.

“I’m excited to see these guys get the chance,” Herd said.

“It’s been tough. We had team-building stuff, install stuff, talking about base schemes. (Us coaches were) trying to stay in frequent contact, they were checking in four times per week with workouts this summer. And as the season got pushed back we had events like supplies pickup. I’d honk at them doing individual work on the field as I’d be leaving school.” — Head coach Greg Herd