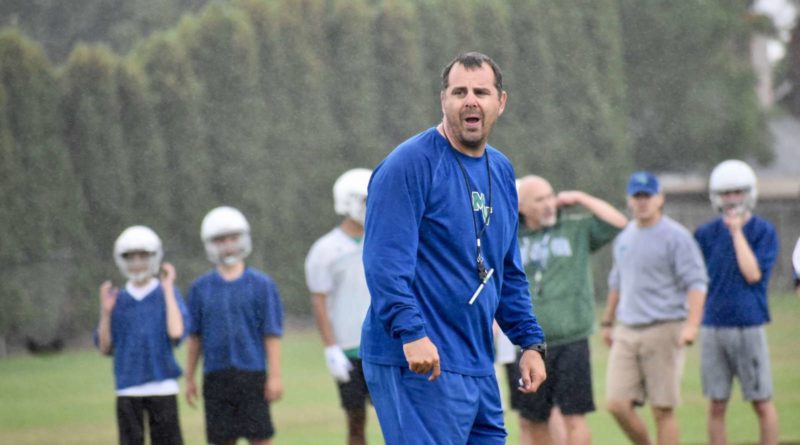 SBLive Washington is previewing the Top 50 high school football teams in the state ahead of the 2020-2021 season. Here’s an inside look at the Mountain View Thunder of the 3A Greater St. Helens League – No. 31 in our countdown.

Editor’s note: Mountain View is in the Southwest region of Washington’s COVID-19 reopening plan. The region has been cleared to move to Phase 2 of the plan on Monday, feb. 15, which means football practice can start.

Mathieson joked that his returning starting quarterback – who is primarily a catcher and signed with University of Portland – knows the Thunder’s offense better than he does.

Central Washington signee has been a mark of consistency since he stepped foot on campus.

In an Adam Mathieson-led program, the road to success is often boring and James-Dues is a walking example. After seeing heavy minutes on both lines as a sophomore, he’s had a productive offseason when the cards were stacked against him — never missing lifts or practices, and driving to Seattle on weekends to work with trainers.

By most standards, a 6-3 season is not something to frown upon.

At Mountain View, it’s considered a down year.

On one hand, it’s a marvel that after returning just one starter the Thunder produced a season in which its two league losses were by a collective six points.

And it should be a scary consideration that the Thunder were in the 3A state semifinals in 2019 after winning 15-consecutive league games over a three-year period.

“We went a couple years, had a decent amount of success here. Won quite a few league games,” Mathieson said. “Going 6-3 is not our standard, but we were two or three plays from being an 8-1 team.”

They bring back 17 starters, and that’s even after Mathieson said several veteran players decided not to play in favor of jobs and saving for college — or as Mathieson said: “because life has taken over.” Still, with limited practice Mathieson thinks he has one of his best teams at Mountain View.

In an unconventional year that will likely benefit teams with experience and steady leadership, the Thunder check both boxes.

“It has been a wonderful teaching experience for us all. It has reminded us to take a moment to tell those around us that we love them, are proud of them and that we have their back, which is really what being in a family is all about.” —Head coach Adam Mathieson