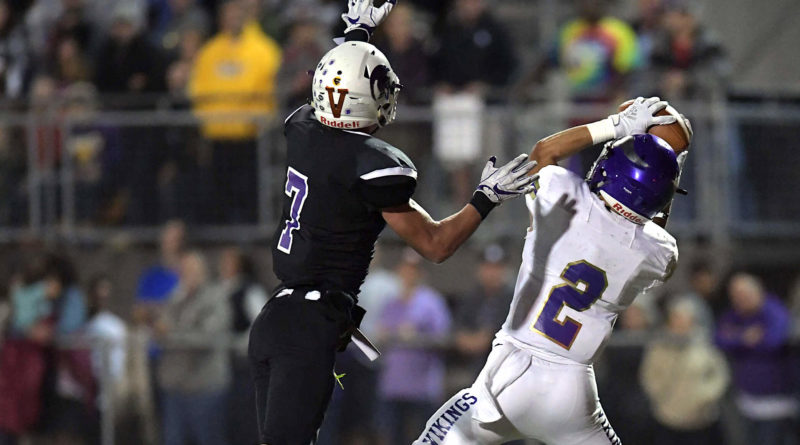 SBLive Washington is previewing the Top 50 high school football teams in the state ahead of the 2020-2021 season. Here’s an inside look at the Sumner Spartans of the 4A SPSL – No. 37 in our countdown.

Sumner is a physical run-first offense, and if this interior mauler comes back healthy (ACL), watch out.

Keeps growing, and so does his positional-flexibility profile; could man any position in defense’s back seven.

Push-back strength not an issue, but Spartans want high-energy domination of every defensive snap.

After three consecutive seasons of double-digit wins, and deep runs in the state playoffs (2015-17), you could say Sumner has come back to the pack the past two seasons.

Which is unacceptable for coach Keith Ross; in particular, last season’s 5-5 showing.

But the longtime coach claims that had nothing to do with not only bringing on two new coordinators this season, but stepping back from his defensive play-calling duties.

“I wanted to step back and be more of an encourager,” Ross said.

The Spartans struggled moving the football and scoring points on offense in 2019. So, they recruited Zack Cooper, who is a former Sumner offensive line coach, to be the offensive coordinator in an attempt to pair the team’s traditional power-run schemes with a spread passing attack.

If Sumner can, it has perimeter weapons, led by the pass-catching trio of Tristan Dunn, Jay Mentik and Zion Scott, who was part of Eastside Catholic’s championship run last season (and caught a key fourth-down pass on the final series in the 3A title game).

The quarterback battle is coming down to senior Tyson Berndt, the frontrunner, and junior Bo Carlson.

Meanwhile, Chris Paulson – the former Kentlake and Curtis coach – was hired to run the defense while Ross will continue to coach linebackers. There are plenty of weapons to utilize, led by Dunn on the back end, and Andrew Tillett in the middle of the line.

“The biggest impact COVID had on us was the sense of connectedness that our program has in the weight room. It was tough not being able to see each other and work together as a team. Thankfully we got to do a few things on zoom with our players and they did a great job of finding ways to stay motivated to keep lifting and get bigger and stronger on their own.” – Keith Ross