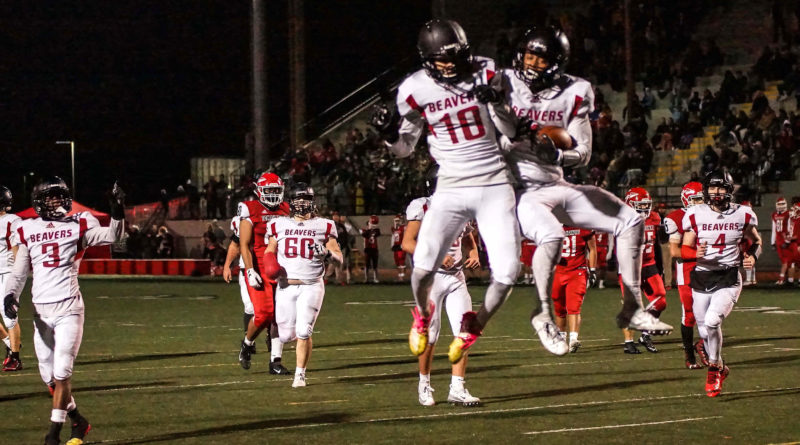 SBLive Washington is previewing the Top 50 high school football teams in the state ahead of the 2020-2021 season. Here’s an inside look at the Ballard Beavers of the 3A Metro League – No. 36 in our countdown.

Editor’s note: Ballard is in the Puget Sound region of Washington’s COVID-19 reopening plan. The region moved to Phase 2 of the plan, which means moderate and high risk high school sports — football included — are cleared to return to competition. The Metro League’s football schedules have not been released yet, but practice starts Feb. 22 and the season will stretch to April 17.

Threw for 1,981 yards and 24 touchdowns last season; enters his fourth year as a starter.

Monster on the edge with 44 tackles and four sacks as a junior; also presents a big target for Blokker (caught three TDs in 2019).

In a defense that boasts lots of experience, Dynes finds a way to stand out. He logged 66 tackles and three picks as a junior.

Ballard had one goal in mind after an undefeated 2019 run in the second tier Division of the Metro League:

Bring on the Mountain.

The Mountain division of the Metro League, of course, is the home of O’Dea and Eastside Catholic and is aptly regarded as not just the toughest league in the state, but also across the entire Pacific Northwest.

In recent years, the promotion/relegation multi-tiered Metro League setup hasn’t always promoted or relegated winners of lower divisions. It last happened in 2018 when Bishop Blanchet swept its league slate and moved up.

After doing the same in 2019, Ballard is ready for a similar challenge.

“The tier-two winner is supposed to move up (the winner),” Ballard coach Ross Humphries said. “We advocated to move up.”

He wanted to make sure his program is up for the challenge, and was convinced they were after the team lost to Marysville-Pilchuck by a field goal in a district playoff game last season.

“We’ve made it to the district playoffs the last three years,” he said. “We were getting blown out … we talk a lot about our program, for us to truly get where we want, we have to play the state’s top teams in the season.”

And what better timing than a year when you’re bringing back 14 starters?

In a year filled with uncertainties (including whether or not its schedule will actually be comprised of teams from the Mountain division), Ballard knows what to expect from a roster that doesn’t just bring back experience in personnel, but also experience dominating the Metro’s Sound division.

That starts in the trenches, where the Beavers boast reps where they lack size. They return nearly their entire defensive line and five offensive linemen who logged starts in 2019.

Among the most direct beneficiaries of a grizzled O-line is fourth-year starting quarterback Ryan Blokker.

“We moved our program to a virtual format. We have continued to do team building, scheme install, and position meetings — all online. We participated in the Character challenge last spring/summer, we have conducted on the field workouts and practices when approved by the district. We have not done any padded practices but have found ways to get better. When school began we started doing one-on-one meetings with players every week to make sure they were getting the support they needed academically.” —Head coach Ross Humphries

Ballard’s schedule not been released.