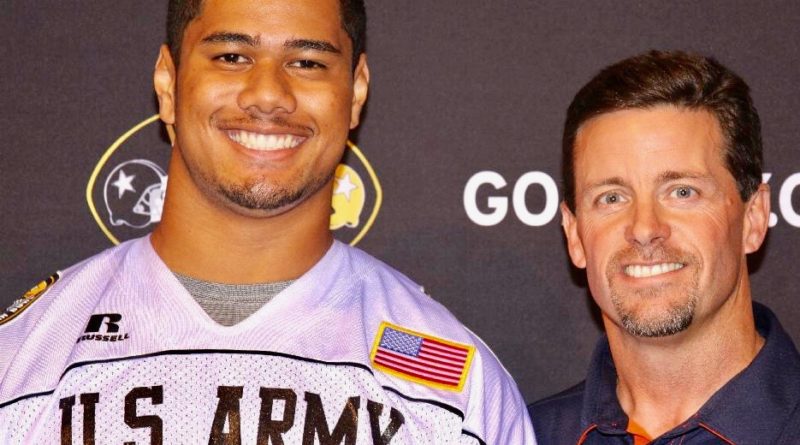 It was the early 2000s, and former Lancers’ standout Hillary Butler visited practice a couple years after retiring from the NFL as a Super Bowl winner with the Denver Broncos.

“I think he would wear it … to show the boys,” Miller said. “I thought, ‘I probably would not wear it because it was so huge.'”

The Lakes family welcomed a third Super Bowl champion Sunday – defensive lineman Benning Potoa’e, a rookie with the Tampa Bay Buccaneers. He was the only high school product from Washington on either roster.

Potoa’e was not active for the game, but spent the week with the team anyway – and was able to celebrate the victory with teammates, including seven-time Super Bowl winner Tom Brady.

“He sent me a picture of him with his goggles on and champagne in the locker room,” Miller said.

The astounding thing about all three Lakes’ Super Bowl winners – Butler, Potoa’e and wide receiver Jermaine Kearse – is that they went undrafted out of the University of Washington, but stuck in the NFL anyway.

*Butler, a 1989 Lancers’ graduate who was a tight end for the then-offensive coordinator Miller, went on to become a starting linebacker on the Huskies’ national championship squad in 1991-92.

Before signing on as a situational linebacker and special-teams contributor with the Broncos in 1998, he started out as an all-star performer in NFL Europe with the Frankfurt Galaxy.

*Kearse spent five seasons with the Seattle Seahawks (2012-16), and made some of the biggest catches in franchise postseason history.

He caught a 24-yard touchdown in the 2014 Super Bowl victory over Denver. A year later, he hauled in a 33-yarder late in the fourth quarter tht set the Seahawks up for a potential game-winning touchdown against New England – only to see the Seahawks lose on a last-second Russell Wilson interception.

“The thing that sticks in my head was just how excited he was able to do that with the hometown team,” Miller said. “He isn’t a real big talker … and downplays everything, so when he gets excited, he is really excited.”

*Potoa’e spent much of his rookie season on the practice squad, but was brought up to the active roster for the final regular-season game against Atlanta – and the first NFC playoff game at Washington.

“He’s been excited for the opportunity, and has focused on getting better every day,” Miller said. “Getting to practice with Tom, Gronk (Rob Gronkowski) and Vita Vea has been great for him.”