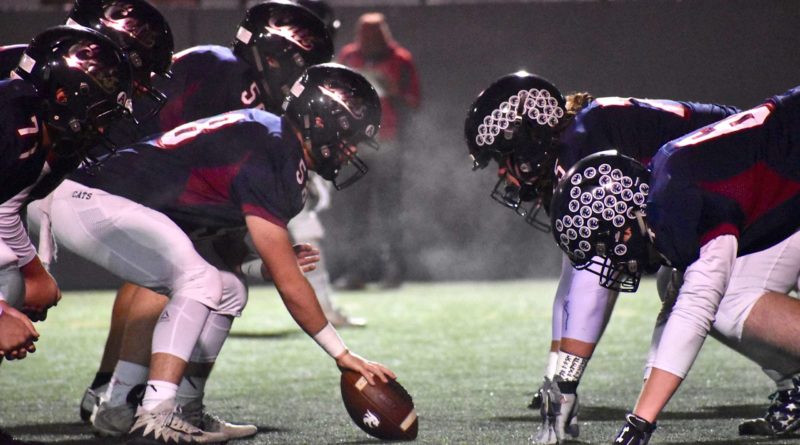 SBLive Washington is previewing the Top 50 high school football teams in the state ahead of the 2020-2021 season. Here’s an inside look at the Mt. Spokane Wildcats of the 3A Greater Spokane League – No. 46 in our countdown.

Editor’s note: Mt. Spokane is in the East Region of Washington’s COVID-19 reopening plan. The region is still in Phase 1, and must advance to Phase 2 to resume competition. The metrics will be reassessed on Feb. 12.

9-3 in 3A Greater Spokane League (won league); lost to O’Dea in the 3A state quarterfinals.

He played a little bit of quarterback last year, and when he wasn’t under center, he was in the slot. Marll has been training to play quarterback in the offseason, and is the type of athlete that has to be on the field at all times.

Primarily a soccer player until he beat out five teammates for the kicking spot as a freshman. Strong leg and consistent finisher who put 75 percent of kickoffs in the end zone as a junior.

A big body and developing athlete up front will look for one last season before playing at Central Washington. Missed junior year with foot injury.

As if the pandemic hadn’t thrown a big enough wrench in the season, Mt. Spokane was dealt another set of curveballs.

Still, the Wildcats must replace 18 starters. To do so, they plan to install a more balanced attack as they aim to fill the shoes of all-state running back Kannon Katzer and compete against a league-only schedule in a fairly wide open 3A Greater Spokane League.

“(We’ll be) throwing the ball more often,” head coach Terry Cloer said. “Every skill position player will do more so (defenses) can’t just load the box on us like last year.”

Connor Marll stepped in as quarterback during the team’s run to the 3A quarterfinals last season and has been working all offseason on being a QB. He’ll compete with sophomore Colby Danielson for the job and Cloer sees both getting snaps early on.

“It’s been tough … being in school has been great. Getting to see the players face to face a couple times a week is huge. Are we going to have a season? It’s been a rollercoaster of emotions since last spring. There are days that I’m certain we will get on the field and then there are others that I think that we have no chance.” — Mt. Spokane coach Terry Cloer