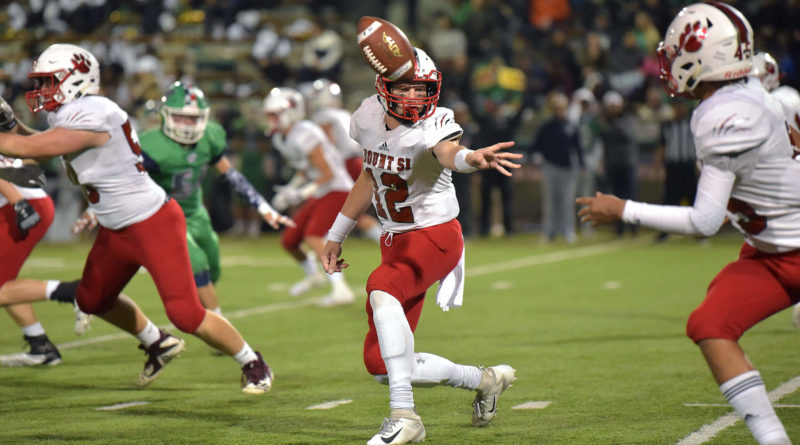 The feeling of sureness persisted, one that he’d made the right decision in the second go-around in his college recruitment. Clay Millen could hardly believe the words coming out of his mouth as he landed at Seattle-Tacoma International Airport on Monday night.

The Mount Si senior quarterback, who de-committed from Arizona last month after the football program underwent a coaching change, left Reno on Monday with his heart set on committing to Nevada over Colorado, the only school that kept its offer from the first go-around.

“They put up huge numbers,” Millen said. “It’s a great place to be a quarterback.”

He felt sure, but decided to sleep on it to be safe. And on Tuesday morning, the 6-foot-3, 190-pound QB woke up and called the coaches at Colorado to inform them he’d be committing elsewhere. Tuesday night, he got to have a much easier conversation with the Nevada coaches.

Millen, a four-star prospect according to 247 Sports, announced his commitment to Nevada, where he’ll sign his national letter of intent to play on Wednesday’s national signing day.

If you’d have told Millen three weeks ago he’d be committing to Nevada, he would have been hard pressed to believe you. The Mountain West school didn’t really recruit him during his first go-around. When Millen postponed signing with Arizona on the first day of the early signing period in December in the wake of the school firing head coach Kevin Sumlin, Nevada coaches started texting him, and lingered these last few weeks as an enticing second option.

In his one year of starting for Mount Si, Millen left little doubt that he was capable of playing in the Pac-12. He threw for more than 3,000 yards on a 71 percent completion rate and connected on 39 touchdowns opposite one interception in the state’s large school classification, leading the Wildcats to the 4A state semifinals as an 11-seed with an innate ability to evade pressure, keep plays alive and make throws downfield on the run. He was SBLive’s No. 8 most impactful player in the state in 2019.

Nevada didn’t officially offer at first, but it was implied. Millen could tell from the tone of the texts: they wanted him to join the Wolf Pack.

Despite newly hired Arizona coach Jedd Fisch’s efforts to re-recruit the highest-rate recruit in the program’s 2021 class, Millen officially de-committed from the school in mid-January.

Most of the teams that offered him the first go-around — Oregon, Oregon State and Indiana — had moved off of Millen and signed a 2021 quarterback after he committed to Arizona in May. Colorado kept on him hard, telling him if he ran the Buffs’ offense, the offense would throw more. For awhile, all signs seemed to point Millen to Boulder.

But the more Millen got to know the Nevada coaching staff, the more he genuinely weighed the Wold Pack as an option. It was the first time he watched game film over zoom with Nevada coaches, he realized how much fun it looked to play quarterback in the Air Raid.

“Some people are going to be surprised that I turned down the Pac-12 to go play there, but at the end of the day, my connection with (offensive coordinator Matt) Mumme and (head coach Jay) Norvell, that was huge for me,” said Millen, whose dad Hugh Millen was a quarterback at the University of Washington and in the NFL from 1987-96.

He pointed to Carson Strong as a model for what’s possible in Mumme and Norvell’s offense. Nevada’s redshirt sophomore quarterback and NFL Draft prospect who threw for nearly 2,900 yards last season with a 70.1 completion percentage. Strong opted to stay in college another year.

Millen traveled down to Nevada last weekend to check out the campus with his family. Official visits have not been allowed throughout the pandemic, so the majority of his recruitment has been done through zoom calls and over text.

Now, after a recruitment laden with unforeseen speed bumps, Millen is at peace.