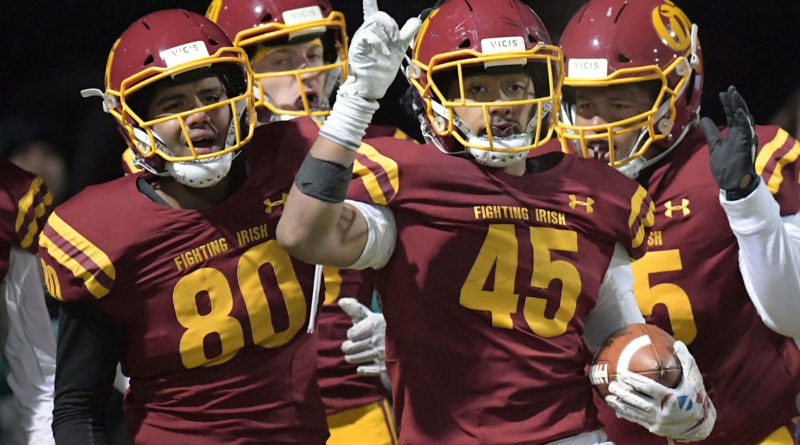 The return of high school sports is on the horizon and football is up first in many leagues across Washington state after 11 months of pandemic-induced delays.

In 3A, most leagues are scheduled to begin localized, league-only shortened football seasons in February or early March. Some teams on the west side of the state in the Puget Sound and West regions will start first. No traditional state championship will take place, but that won’t stop us from identifying the top teams entering the 2021 season.

Owen Prentice will anchor what could be among among head coach Monte Kohler’s most dominant offensive lines in his tenure.

The Crusaders may not have the same eye-popping fire power at the skill positions that helped net two straight state titles. But with top-ranked national recruit J.T. Tuimoloau back, anything is possible.

Sure, do-it-all Julien Simon may have early-enrolled at USC. But make way for uber-talented dual-threat QB Gabarri Johnson to step under center with freak athletes Jayden Wayne and Chance Bogan at his disposal out wide.

Lakes returns talent and experience across the board and a quarterback in Justin Brennan who is capable of leading, leaving plenty to solidify the Lancers among the state’s best despite the absence of star linebacker/running back Devon Nofoa-Masoe to a season-ending injury.

Peninsula returns most of its starters from 2019, headlined by Sean Skladany and Chase Coalson. And its first-year starting QB Jake Bice has had a stellar offseason and enters the season with high praise from coaches.

Steady-handed QB Jake Sype has his pick of a number of standouts in the skill position — Braeden Smith and Kendin Alexander to name a couple.

The Lions’ deep 3A playoff run in 2019 was thanks in part to its experience and the leadership Randy Affholter, who was in his first year after coming over from Ellensburg. Now absent nine of their all-league honorees from that team, can a Myles Mayovsky-charged Kennewick team pose a similar threat?

Marysville-Pilchuck should have no trouble moving the ball with all-Wesco running back Dylan Carson back along with a strong offensive line paving the way for him.

Whether it’s with Budda Baker and its many other power five recruits, or its versatile program leaders like Alex Reid and Toby Schneider, the Wolverines have always remained in the mix. This year – with Matulino Masunu on the line – is no different.