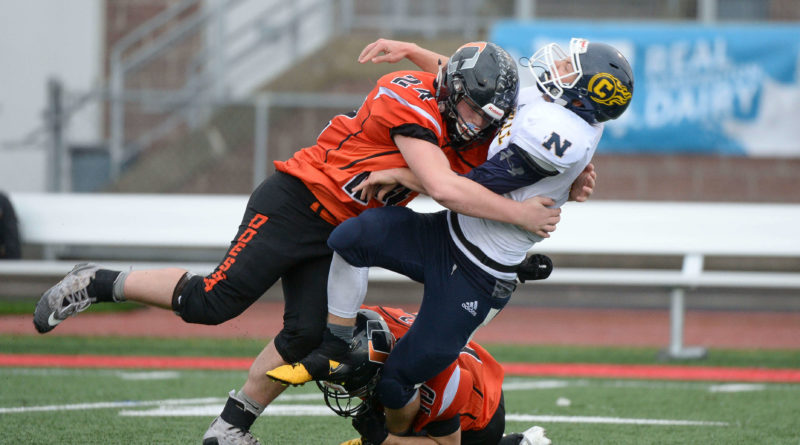 The return of high school sports is on the horizon and football is up first in many leagues across Washington state after 11 months of pandemic-induced delays.

In 1B, most leagues are scheduled to begin localized, league-only shortened football seasons in February or early March. No traditional state championship will take place, but that won’t stop us from identifying the top teams entering the 2021 season.

Record-breaking running back Marcus King is gone, but don’t let that convince you the Tigers’ run of dominance is over. The Odessa that throttled opponents on its way to a repeat 1B state title in 2019 will be anchored by QB Jett Nelson and more talent waiting in the wings.

The future is bright for ACH. After reaching the 1B state semifinals with a large core of sophomores in 2019, they are a year (and a half) older, bigger and return key leaders at nearly every skill position.

Jimmy Strange’s first words after losing the 2019 state title game were vows the team would return. The Comets, led by Strange, look capable, alongside his younger brother Joey Strange, an all-state defensive back who will step in and play quarterback.

Replacing Caleb Revey is a tall task, but Lummi brings back all but two starters and will rely on the experience of a core that includes Duncan Toby, Jae Leighton, Jaylen Lawrence and Samson Bumatey — all of whom helped the Blackhawks reach the state quarterfinals in 2019.

Once a 1B playoff mainstay, the Patriots have classed back down from 2B. And they have one of the state’s best playmakers in Aidan Lesser, who logged 1,184 yards receiving, 10 TDs and more than 15 yards per catch as a junior, and will control the defense from free safety as well.

The Rangers’ impressive run to the 1B state tournament was underscored by the team’s youth. Lead ball carrier Bishop Budnek is back, with his dynamic brothers Zach and Deakon Budnek paving the way up front.

The Tigers will be young, but look to build off of a run to the state semifinals in 2019.

The return of speedster Toby Croy, as well as several other key contributors in 2019, will help the Red Devils avenge an early playoff exit.

After running the table in the Northeast 1B League, don’t underestimate the Rangers, who return a lot of talent despite replacing size up front.

Physical, disruptive stye of play make the Mountain Lions a threat on any given day in a deep 1B Central League, as they continue to adjust after coming down from 2B.