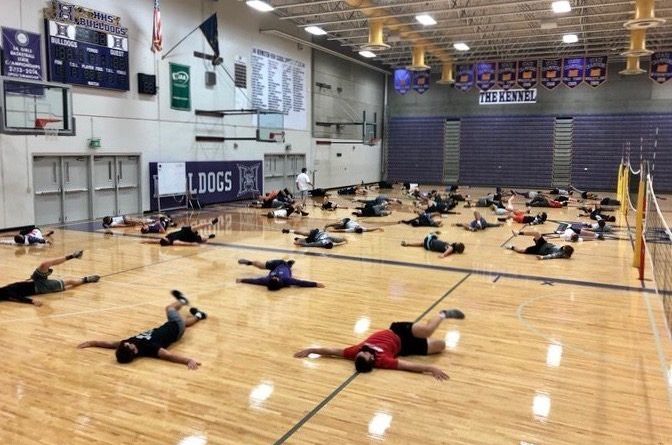 Just a week away from the start of the WIAA’s 2020-21 return to sports, one of the state’s largest multi-classification leagues will play on without its newest out-of-state member.

Eastern Oregon-based Hermiston High School, which received a special exemption from the WIAA to join the 4A/3A Mid-Columbia Conference in 2018, announced Wednesday it will be forced to bow out of all Season I (February-April) league competition – fall sports, including football and volleyball – because of COVID-19 interstate travel restrictions.

Hermiston athletic director Larry Usher said after other administrators in the Tri-Cities-area MCC expressed concern that their athletic teams’ trips to Oregon might not be seen as “essential travel” – and therefore their student-athletes would be required to quarantine for 14 days after returning from road games.

Usher understood, and agreed that Hermiston would explore the option of playing its entire fall-sports slate of league games in Washington.

Seeking guidance on the interstate travel advisory, Hermiston School District officials reached out to Governor Kate Brown’s office in Oregon, and Governor Jay Inslee’s office in Washington earlier this month – to no avail.

But through the WIAA, Usher said he was informed that Inslee’s office viewed MCC sports contests as “recreational activities” – and therefore did not qualify as essential interstate travel.

Usher said at this point, Hermiston’s return to MCC play for Season II (March-May) or Season III (April-June) is up in the air, depending on a change in state guidance.

For the time being, Hermiston will seek out in-state sports alternatives, Usher said.

As a WIAA member, Hermiston is in a unique return-to-sports position, having to abide by both states’ COVID-19 recovery mandates.

Like the rest of the MCC members, Hermiston would have to wait for the Yakima-Tri Cities region to reach Phase II for football and volleyball games to be played.

And as a school located in Umatilla County, it would have to move out of the “extreme risk” category in order to play those same higher-risk sports, too.

“It has been difficult, but it is worth it for our kids,” Usher said. “Unfortunately today, we were delivered a setback.”