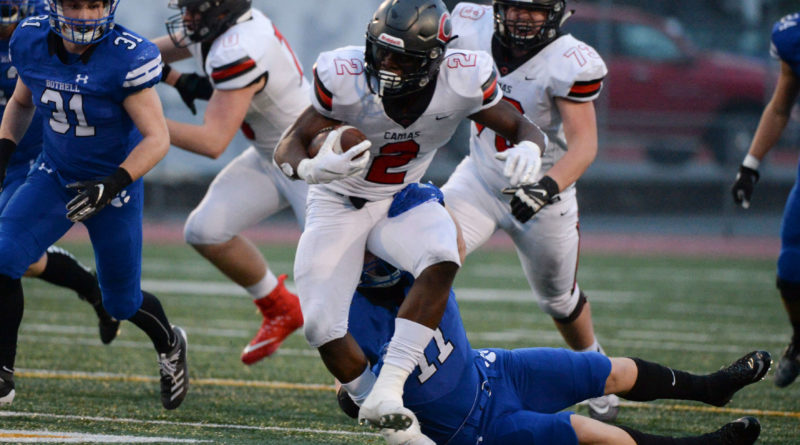 If Camas gets an encore to its charmed 2019 season, it will be absent its star running back.

He suffered the injury while throwing with a small group of teammates. He leapt up to catch a pass while running routes, and heard a pop when he landed.

“It’s irritating, but I’m blessed to be able to play at the next level,” Badolato-Birdsell said. “I’m really bummed out for my friends … I really hope they get their opportunity to play, because some of them might not ever put on those pads again. It hurts my heart, especially my seniors.”

As a junior, the 5-11, 195-pound Badolato-Birdsell rushed for 1,559 yards and 29 touchdowns despite missing multiple games with an ankle injury. He ran for 216 yards and three touchdowns Camas’ 4A state title win over Bothell.

Badolato-Birsell is a three-star recruit and the No. 19 prospect in the state of Washington’s 2021 class, according to 247 Sports. He signed with Nevada at the start of the early signing period in December, which he chose in October over Air Force, Portland State, Georgetown among others. When he told his soon-to-be coaches, about his injury, they offered their support and wished him a speedy recovery, Badolto-Birdsell said.

Camas coach Jon Eagle said the team will most miss Badolato-Birdsell’s energy and leadership. But he’ll still be there for support. The running back has been at practice every day since the injury.

The Papermakers have held practice in pods as they wait in hopes the Southwest region reaches Phase 2 of the state’s Healthy Washington reopening plan, which allows high school football to be played. Their season could start as early as Feb. 8, if the region reaches Phase 2 when metrics are reassessed on Friday.