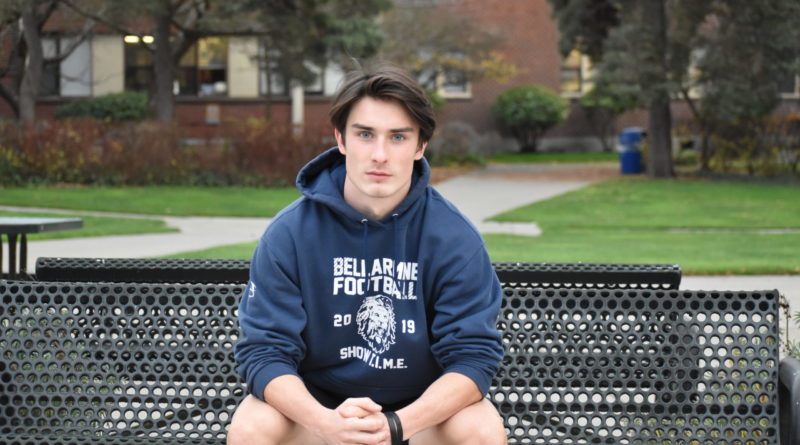 When it became clear that the COVID-19 pandemic wasn’t just some spring-time sports interruption, and the threat of a year-long shutdown in Washington loomed, many high school athletes began weighing other options.

One of them was Bellarmine Prep’s Gage Hicks.

Off the top of your head, you might not know who Hicks is. But you should know who is father is – former University of Washington and eventual Pacific Lutheran University All-American running back Anthony Hicks, who led the Lutes to the 1999 NCAA Division III national championship for legendary coach Frosty Westering.

Gage Hicks had been one of the team leaders at Bellarmine Prep, organizing team workouts during the pandemic in hopes of playing a junior season.

He thought about leaving the state in the fall, but wanted to give Washington high school football every opportunity to work itself out.

But with the status of WIAA football questionable, at best, Gage Hicks decided to plunge into different waters, enrolling at West Springfield High School in Virginia.

After getting on an airplane over the weekend to move to his aunt’s house in town, Gage Hicks started practice with his new school Monday.

“How it is working out here in Washington, I had to pull the trigger (on this decision) and leave,” Gage Hicks said. “It’s been hard, though.”

Gage Hicks has the same number of varsity football snaps at Bellarmine Prep as he does season-ending leg injuries – one.

The week before Lions’ preseason camp in 2019, Gage Hicks – expected to see plenty of playing time as a sophomore running back – was in Maui on a family vacation when he fell off his skimboard and broke the fibula in his left leg.

Not only did the injury end his season before it began, it robbed him of getting valuable game tape to send out to college recruiters.

What made matters worse was that when Gage Hicks was cleared to return to football, the pandemic was underway – and crucial summer-football opportunities went out the window.

“Honestly, we started thinking about out-of-state options in June or July,” said Anthony Hicks, who has served as the Lions’ defensive line coach – and was the coach at Rainier High School from 2006-08.

The Hicks’ family first looked into moving to Lake Travis, Texas for a fall football season – then move back to play for the Lions in the winter or spring.

But with no guarantee Gage Hicks would be accepted back into Bellarmine Prep – and the emergence of the State Athletes of Washington (SAW) group pushing for the return of fall football – the family decided to stay put.

In November, amid the in-state COVID-19 case spike, Anthony Hicks began talking to friends in the sports medicine field about the possibility of football being played in the spring.

“One of them looked right at me and said, ‘In my gut, we are not going to have sports at all,'” Anthony Hicks said. “That freaked me out.”

Again, the family began researching out-of-state alternatives, and settled on Virginia, which was set to start football practices in late January.

“We could not let a second opportunity pass us by,” Anthony Hicks said.

Even after the WIAA announced in January that football was being moved up to February in hopes of kicking off an abbreviated three-season 2021 schedule.

“It was just like a game of chance,” Gage Hicks said, “and waiting.

“I did not want to risk it again.”

So on Friday, the teenager packed up a couple of suitcases of clothes, his football shoulder pads and an American flag for his move to Virginia – and also with the blessing from Bellarmine Prep coach Brian Jensen.

“I had not broken the news to a lot of my teammates yet,” Gage Hicks said. “My buddies who do know … also know the (COVID-19) trends the past few months, and how things kept getting pushed back.

“A lot of them are for it, but they are sad about it.”

So is he. His home is in Washington – and at the school for which he dearly loves.

“I want to go there and make great friends, but I don’t want to get attached just in case I don’t stay,” Gage Hicks said.