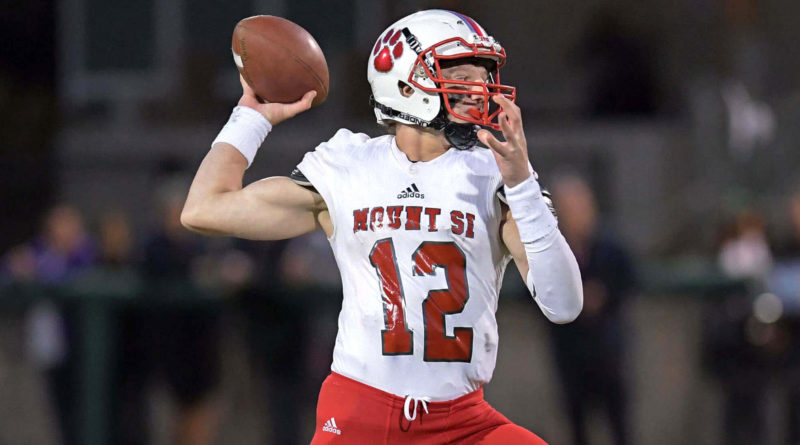 Mount Si quarterback Clay Millen rescinded his from Arizona, he announced on Thursday night, more than a month after the school fired head coach Kevin Sumlin.

Millen had previously postponed signing with the school on the first day of the early signing period in December, days after Sumlin was fired, but remained committed while he weighed his options.

He still remained committed to give a school the chance to hire a new staff. UA hired Jedd Fisch, a longtime college and NFL assistant coach, on Dec. 24.

“When you commit, you obviously don’t think something like that is going to happen,” Millen told SBLive in December. “But there’s obviously nothing I can do and it’s out of my control. So I’ve got to keep on focusing on what I can, control what I can.”

A first-year starter as a junior, Millen replaced his brother Clay Millen (now at Oregon) and threw for 3,145 yards and 39 touchdowns with a 71 percent completion rate and one interception. He led a young 11-seeded Mount Si to the 4A state semifinals. Recruiting sites pegged Arizona’s top-ranked recruit in the class of 2021.

While some of the state’s top recruits have enrolled early because their senior high school seasons in Washington have been delayed due to the pandemic, like Lincoln of Tacoma’s Julien Simon, Millen has remained intent on playing his senior year.

The Wildcats return most of its talented core from last season and enter a prospective 2021 season among the top teams in the state.

Millen could not immediately be reached for comment Thursday night.