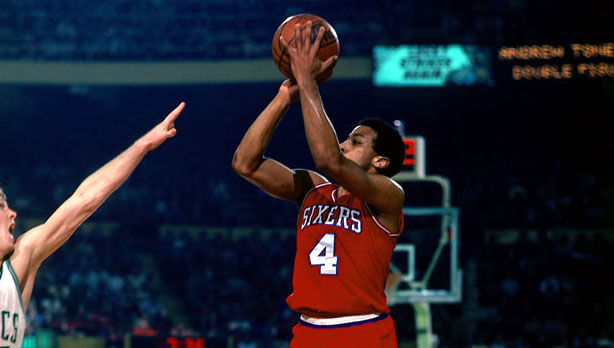 The 2020-21 college basketball season is reaching a midway point, and it is a good time to start asking a pertinent question about NCAA Division I college programs in Washington.

Who are the top five players in each program’s history with ties to Washington high schools?

We have already named our Top 5 for Gonzaga, Washington, Washington State and Eastern Washington — and now we take a look at Seattle University.

2. Half the player’s rating comes from what he accomplished at Seattle U., while the rest of it is split between what he did in high school, and what he did or has been doing as a professional.

Signature statistic or honor: Richardson is the only player in school history to lead the team in all four of his seasons (and in double digits each year).

Skinny: There are more than a few Metro League old-timers who think this fast-twitch wing player is the best scorer to ever come out of Seattle. The 1975 state player of the year averaged a record 34.1 points per game as a senior – then immediately became an impact playmaker at Seattle University, averaging a team-high 18.5 points per game as a true freshman. As a senior in 1979, he led his team to victories over Pacific-10 Conference programs Washington and California, and finished as a four-time WCAC performer whose 1,823 points are No. 4 all-time for the Redhawks (formerly the Chieftains). He was picked by Philadelphia in the second round of the 1979 NBA Draft – and won a world championship four years later as a key scorer off the bench.

Signature statistic or honor: Not only did Workman lead Blanchet to its only state championship (1963), he led the Riverhawks past an eventual NCAA Division I champion – Texas Western – in 1966, scoring 23 points in the 74-72 win.

Skinny: In many ways, Workman doesn’t get his due credit as one of the all-time best players out of Seattle. He was a skilled, physical forward who dominated the interior – and had success at every level of which he played. The Seattle Times’ player of the decade in the 1960s was a UPI all-West Coast first-team selection with the Redhawks, leaving with career averages of 19.2 points and 8.4 rebounds per game in his three seasons. His 1,497 points are No. 11 all-time in Seattle University history. And as a senior, the All-American (20.2 ppg, 8.7 rpg) led the program to an NCAA Division I tournament berth. Later that spring, he was selected No. 8 overall by Atlanta in the NBA Draft, and played two seasons in that league, and another two seasons in the ABA.

Signature statistic or honor: Oldham earned two gold medals against international competition during his career – in 1979 with the U.S. World Games squad and in 1980 with Team USA at the Olympics.

Skinny: When you come from the state of Washington’s all-time greatest high school team – Cleveland went 50-1 and won back-to-back 4A titles in 1974-75 and 1975-76 – you certainly bring along a heap of expectations to college (and beyond). And Oldham certainly lived up to the billing with the Redhawks as one of the best big men in the country. He averaged a double-double his final two seasons – and left the program with 1,530 career points (No. 10 all-time) and 965 rebounds (No. 2 behind Elgin Baylor 1,067). Oldham was the 41st pick overall by Denver in the 1980 NBA Draft, and had a 10-year career before opening a developmental academy in the Middle East.

Signature statistic or honor: For nearly a decade, Williams was an ABA stalwart – a two-time All-Star guard who averaged 16.2 points per game for his career (6,020 points total).

Skinny: He was “Sweet Charlie” for a reason – everything he did on the basketball court looked so natural and fluid. And the thing he did best was get out in transition and score. Part of back-to-back NCAA Division I tournament squads with the Redhawks in 1963 and 1964, he led the team to a tournament victory at Oregon State before losing a tough game against eventual national champion UCLA. Williams totaled 1,181 career points before going on and helping the Pittsburgh Pipers win an ABA title in 1968, averaging 23 points per game during the championship run alongside Connie Hawkins.

Signature statistic or honor: Derline was an honorable mention selection to the Seattle Times “All 20th Century” squad statewide.

Skinny: Imagine what damage “Rod the Rifle” could have done if there was a 3-point line during his day. One of the best pure perimeter shooters to ever come out of Washington, Derline was a member of one of the Redhawks’ best squads – 1973-74 – that upended national powerhouse San Francisco and finished second in the WCAC. Derline finished with 1,049 career points, and was a career 49-percent shooter from the floor (and better than 50 percent his final two years). A 10th-round pick by the Seattle Supersonics in the 1974 NBA Draft, he actually saw valuable minutes for then-coach Bill Russell before suffering a career-ending knee injury.