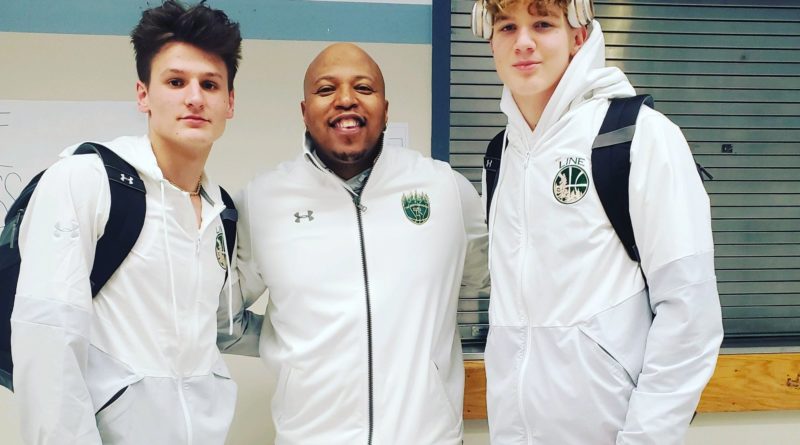 High school sports programs around the state have dealt with enough problems as it is connecting and staying in touch with their players amid restrictions surrounding the pandemic.

But there were already plenty of other challenges in building relationships with student-athletes of this generation – in an age of limitless distractions – heading into 2021.

Timberline boys basketball coach Allen Thomas joined the second episode of SBLive’s The Preps Lab podcast with T.J. Cotterill, which published Tuesday, to share his experience and perspective on why relationships are No. 1 in his program and how he goes about building them.

Thomas has been at Timberline for 18 years, and he’s reached the state tournament six of the past eight years since he took over as its head coach. He has thrived though on relating and connecting with the players in his program. Just ask one of his former stars, Donaven Dorsey, who even after heading to the University of Washington and Montana, he still recently called Thomas the best coach he’s ever had and the ultimate player’s coach.

6:30: Is team chemistry overrated or underrated? Is chemistry a big factor in team success or is it given too much credit or too much of the blame for the trajectory of a season?

22:20: Specific challenges coaching this generation of student athletes and how to take advantage of technology.

33:40: How to handle honest, tell-the-truth conversations.

46:20: Building connections and relationships with players amid pandemic restrictions.

The Preps Lab with T.J. Cotterill is a podcast where you will hear authentic conversations about how things get done in high school athletics. Whether it’s a coach, athlete, athletic director of other contributor in the world of improving high school athletes’ experiences, we’ll hear from them and their practical ideas and philosophies on what they do to create successful environments in the ever-evolving world of prep sports. Episodes publishes every other Tuesday.

“Our very first team meeting ever year we go over expectations of the program … but the very first time they open up their notebook, the first page says, ‘Relationships are No. 1.’”

“We got to know what we’re fighting for – before we actually start fighting.”

“In order to even be in the conversation with a Lincoln, Garfield, Rainier Beach – those teams, those elite teams – you got to have team chemistry … you can’t do anything selfish when you’re playing championship programs.”

“After a tough practice I usually go to my leaders first, our captains. I’ll ask them – what do we need to do to get better? I want to hear what they have to say … instead of me acting like they are beneath me, they are the ones who actually play in the games.”

“It’s my job to adjust to who we have as a team, too, and whether or not some guys can handle me being really hard, or if I need to take a couple of steps back and bring us together even more with my love and explain why this is so important.”

“I had always been a stiff. For the first 4-5 years of coaching I didn’t let players have social media. I just didn’t want to deal with the outside B.S. … except (I learned) you can say they can’t have social media, but you know they’re going to be on social media. It’s our job as coaches to teach them the difference between right and wrong.”

“This generation – they have their hands on their phones constantly. I try to use it to my advantage.”

“One of our mottos is I want you to be comfortable being uncomfortable. I’m going to continue to push the envelope and push you both mentally and physically.”

“One thing we tell them at the beginning of the season is we don’t have a set lineup for the entire season. Ever. The reason I say that is it gives a kid an opportunity and a carrot that if I am improving and the guy in front of me doesn’t bring   it that day or that week, I can take his spot.”

“You got to have the trust of your players first to know that you’re always going to be there for them through the highs and lows. It goes back to what I tell them Day 1 – I love you all equally.”

“I always have them write down three goals. Personal goals. If you’re going to be selfish, this is the one time you’re allowed to be selfish. We’re not on the court, so tell me what you really want. I hold them to that. You said you wanted to do this, but you’re going half speed in this drill … it’s not good enough.”

“Now that we’re not playing, it’s been about grades. I’ve been doing my own grade checks, not just with varsity guys, but the entire program.”

“I can only imagine what these guys are going through. My heart goes out to the seniors, especially those guys who are in limbo … they needed something to showcase themselves and they don’t have it.”

“You cannot change your values just because it’s not going your way.”

“When they reflect on their four years, what are they going to remember most? That’s what keeps me up at night. I want them to remember all the times spent off the court, all the times it wasn’t going well for them that day and they didn’t have it, that coach pushed them through that day.”