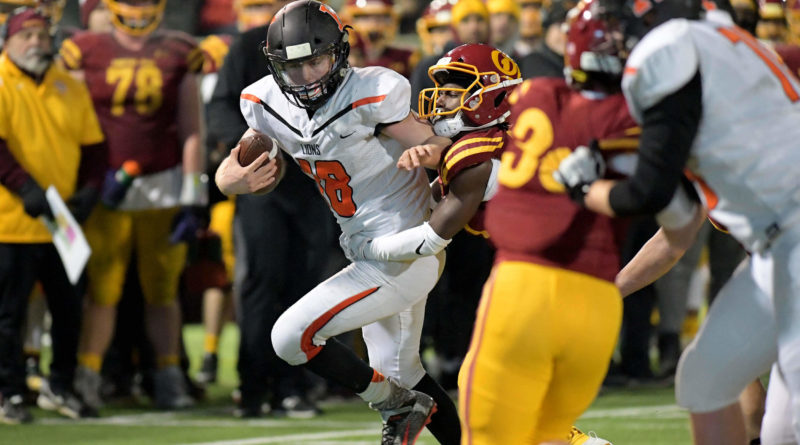 The WIAA has postponed an executive board meeting in anticipation of an announcement from the Governor’s Office that is expected to update the framework for the return of high school sports.

The board was set to meet Monday afternoon to decide whether or not it should alter its own COVID-condensed sports calendar. Practices are scheduled to start for the winter season on Feb. 1, though the current state-imposed COVID-19 benchmarks make that date increasingly unlikely.

After the Governor’s Office loosened the restrictions on in-person learning in mid-December, it told WIAA Executive Director Mick Hoffman it was working on a new metric for athletics that Hoffman said would “probably” be done before Jan. 4.

Those metrics have not been released yet as of Monday, but is in the works.

“The governor is reviewing recommendations on a number of areas for lifting or continuing restrictions,” Mike Faulk, Deputy Communications Director for Gov. Inslee told SBLive Monday. “There may be a decision later this week.”

Though when the announcement will be made and what it will say are unclear, the association is hopeful it will mirror a new set of standards issued by Gov. Inslee Dec. 16 that loosened guidance to school districts and encouraged a return to in-person learning based on data that suggests a low number of infections traced to schools.

The board, which is made up of 13 administrators spanning the state, will now meet Wednesday. It would not have been comfortable making a decision without knowing what the announcement entailed, Hoffman told SBLive on Monday.

Since the outset of the pandemic, the WIAA has rearranged its high school sports calendar several times to reflect what is allowed under the state’s response to combat the spread of the virus, which has resulted in all sports staying sidelined.

In November, the board voted to push the winter sports season — the first season scheduled to take place — into February. As of now, practices are set to begin on Feb. 1. But the current framework set by the state suggests most counties will not meet the benchmark to allow high school athletics to return.

The Governor’s Office set in place guidelines in October that require counties to maintain a 14-day COVID-19 case rate of fewer than 25 cases per 100,000 people and less than a 5 percent positivity rate in order to allow sports the state department of health deems high-risk for transmission, such as football, basketball and wrestling.

As the virus continues to spread across the world, many coaches across the state share concern that the mental health and wellbeing of high school students are suffering without extra-curricular activities, particularly at a time when most schooling is being conducted online-only. The Washington State Football Coaches Association started a social media campaign aimed to advocate for the safe return of high school sports. The WIAA itself has also stepped up its return-to-play advocacy.

Any WIAA-sanctioned high school season that takes place in 2021 will include shortened seasons without traditional state championships. That’s unless leagues decide to break away from the WIAA and form their own schedules.

In mid-December, The Everett Herald reported athletic directors from the Wesco crafted its own schedule for the 2021 season beginning Feb. 22, which would remove many schools north of Seattle from competing in an abbreviated season. The Wesco-only schedule would include three seasons, the first outdoor fall sports like football and cross country, with games starting March 1.

“While the Executive Board will provide a uniform season schedule concluding in regional culminating events, it has granted each WIAA league or district around the state the ability to schedule seasons that best fit their local communities,” the WIAA said in a press release Monday.