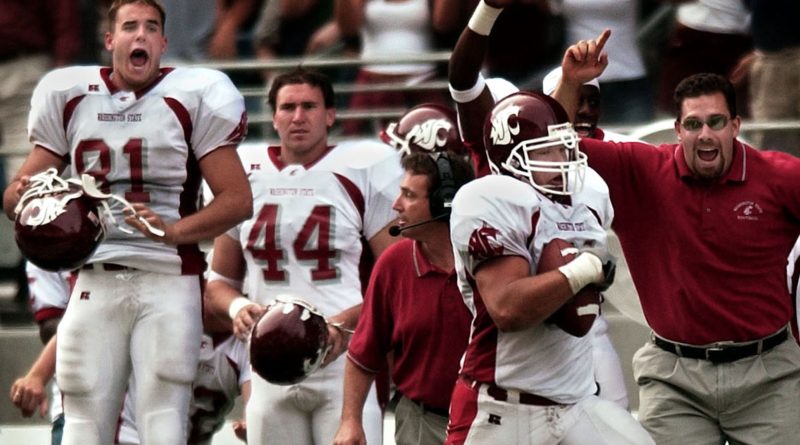 As comprehensive as our lists are, we also want to hear your opinions. Leave your comments below or hit us up on Twitter @sblivewa.

Notable Stats: Derting’s three interceptions against Nevada as a redshirt freshman at Washington State University, including one for a school-record 98-yard touchdown return, ranks No. 2 all-time as a Cougars’ single-game mark.

(Will Derting feature photo from The Spokesman-Review.)

It took that one game against Nevada, and the Derting legend at linebacker was born.

The small-school standout who grew up on a ranch outside Okanogan, Derting was coming off a knee injury that wiped out his first season. In his first game back, he had three interceptions as a reserve, and was the star of the game. Then-WSU coach Mike Price joked afterward that the town should host a “Will Derting Day.”

Derting was never a top “measurables” performer at camps or combines, which is why the two-time all-state defender at Okanogan was passed over by many big schools.

But the way he flew around and hit ball carriers, especially in the biggest games, not only made him a fan favorite in Pullman – but an all-time WSU great (his 32 career tackles for loss are No. 9 with the Cougars).

Despite being a touted preseason All-American, and a three-time all-Pac-10 performer, Derting never made it to the NFL. Another serious knee injury (as well as a wrist injury) took its toll. He is now a cattle rancher.

Notable Stats: A big defensive back (6-2, 188), Greene was the No. 19 overall pick by St. Louis in the 1978 NFL Draft. He was the second WSU player ever taken in the first round – and first since running back Clancy Williams went to Los Angeles in 1965.

When former WSU coach Jim Sweeney went over his class of 24 recruits in the 1974 class, he knew he had something special with Greene. In fact, he called him the “toughest defensive back in the state” at Omak.

Three years later, Greene was a first-team All-American defensive back who played both cornerback and strong safety for the Cougars.

After he retired, Greene became a reality-TV personality when he and his wife, Tina, participated in “The Amazing Race: 13” to try to save their struggling marriage. They finished second – and more importantly, reconciled after completing the journey.

David Pendergraft, Brewster (basketball) – Such a dominant small-school scorer, he committed to Gonzaga as sophomore in 2002 – and won Zags’ fans over with crazy work rate, hustle as all-WCC first-team forward.