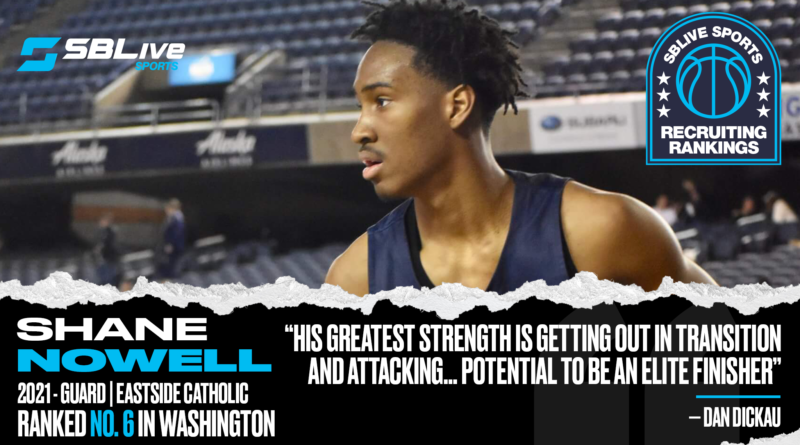 Over the next few weeks we will continue to roll out our Top 25 players in Washington. You can find the full rankings at the bottom of the post.

Here’s a closer look at No. 6 on the list, Eastside Catholic senior Shane Nowell.

ATHLETICISM: Nowell is a very good athlete who does a nice job of using his length on the defensive end as well as attacking in transition. The biggest adjustment for him will to be gain strength to prepare for play at Arizona in the Pac-12.

BALL SKILLS: His greatest strength is getting out in transition and attacking where he has shown the potential to be an elite finisher. Nowell can shoot it beyond the 3-point line, but his ability to slash and put pressure on the defense is more of his style. With this attacking style he will need to improve his handle and turn it over less. With Nolan Hickman (Kentucky commit) no longer at Eastside Catholic this will be even more important as he readies his game for college.

BASKETBALL IQ: This is a bit tricky to analyze because at times Nowell has shown tremendous feel in moving without the ball and being opportunistic with cuts and in transition. On the flip side, as a ballhandler, he sometimes tries to do too much and is prone to turnovers. Overall, when put in the right position on the wing, his IQ is very high and he should excel at Arizona.

UPSIDE: Nowell has already signed with Arizona where he will be mentored and pushed by former Seattle legend Jason Terry.