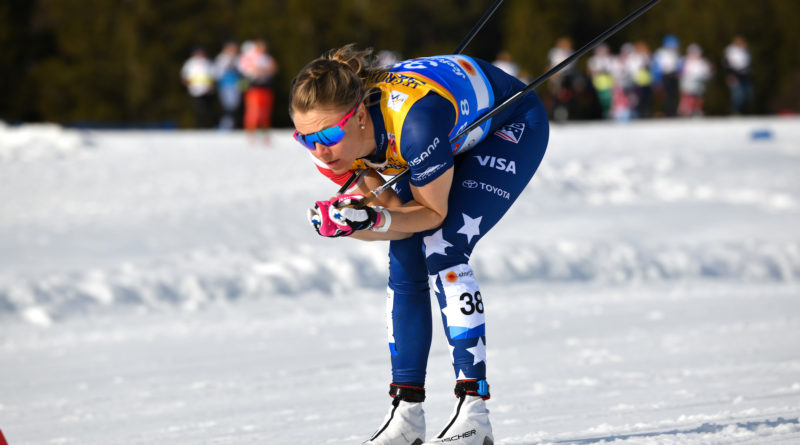 As comprehensive as our lists are, we also want to hear your opinions. Leave your comments below or hit us up on Twitter @sblivewa.

Notable Stats: A decade-long regular on the FIS Cross-Country World Cup circuit, Bjornsen is the first American woman to ever wear the designated-yellow tour leader bib.

On the outskirts of the North Cascades mountain range is Methow Valley (along the Methow River) – a place that seems to attract world-class skiers.

Every day growing up, Bjornsen got to watch U.S. Olympic performers train – and eventually became one herself in cross-country skiing (2014, 2018).

Bjornsen started as an alpine skier, but switched because she got too cold riding the chairlift. It was a smart move – she has been one of the best U.S. long-distance skiers over the past decade.

She had her best season in 2018, not only recording her top Olympic showing (fifth in the 4×5 kilometer team relay), but she placed sixth overall in the World Cup points standings.

She has registered seven top-three podium finishes in international competitions.

Notable Stats: In her first full season as a starting guard at Gonzaga, Townsend was named the West Coast Conference women’s basketball player of the year in 2019-20. She was the seventh Zag to ever earn that honor.

It is appropriate that Townsend went from being one Bulldog (Okanogan) to another Bulldog (Gonzaga). It fits her personality.

A large part of that toughness comes from growing up on a farm with two older brothers who never took it easy on her. In turn, she’s been an unrelenting force on opponents, both in high school and college.

She also led Okanogan to a 2B title in girls soccer, and was named the 2B state player of the year in that sport. She also registered four podium finishes as a track thrower, including 1A runner-up in the shot put as a senior.

After playing in every game in her first two seasons at Gonzaga, mostly as a reserve, Townsend emerged as the conference’s top player, averaging a team-leading 12.2 points per game (and 5.7 rebounds) while shooting 49.1 percent from the floor – and 41.9 percent from 3-point range.

Jeni (Boesel) Freels, Brewster (basketball, tennis, golf, soccer) – She was once the state’s all-time No. 2 scorer (2,727 points), then was a JUCO All-American at North Idaho, and all-Big Sky guard at Idaho State.

Chandler Smith, Brewster (basketball) – Two-time 1A state player of the year is most heavily-recruited hoopster out of county, signing with Nebraska and ending at Gonzaga. Now a pro in Iceland’s premier league.