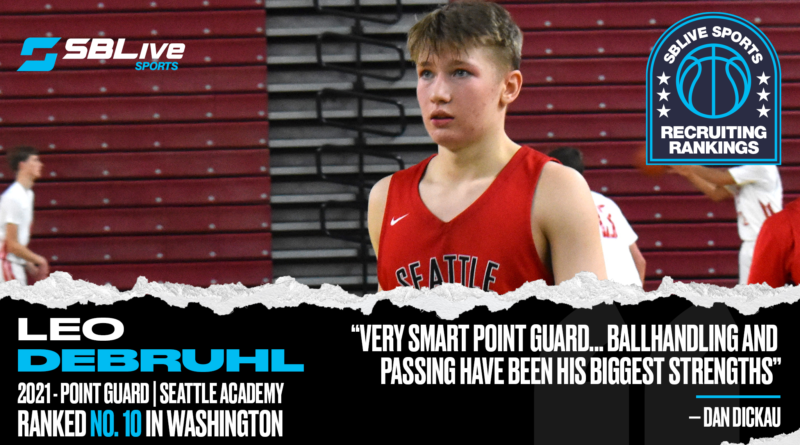 Over the next few weeks we will continue to roll out our Top 25 players in Washington. Here’s a closer look at No. 10 on the list, Seattle Academy point guard Leo DeBruhl:

ATHLETICISM: There shouldn’t be any question if DeBruhl is athletic enough. He has competed against many of the best high school point guards on the West Coast and stacked up well this summer and fall. He is stronger and quicker than a season ago due to diligent work and is poised for a big senior season.

BALL SKILLS: Ballhandling and passing have been his biggest strengths, but with a tremendous amount of work he is now a really good shooter. As a point guard he’s taken the challenge to become a better defender and has become one. His improved defense, combined with his leadership skills and competitiveness, makes him a very good point guard.

BASKETBALL IQ: DeBruhl is a very smart point guard who plays the right way. His IQ has increased with the improvement of his shooting, so now he is balancing the shooting/scoring facet of his game with creating for others.  He also has tremendous vision.

UPSIDE: DeBruhl has several Division I schools recruiting him. His college choice will come down to the best fit both academically and athletically as he is also a really good student.