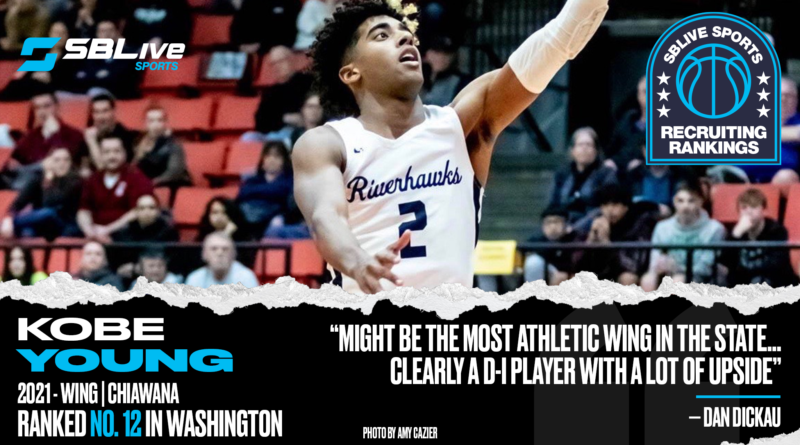 Over the next few weeks we will roll out our Top 25 players in Washington. Here’s a closer look at No. 12 on the list, Chiawana wing Kobe Young:

ATHLETICISM: Young might be the most athletic wing in the state. He holds multiple Division I football offers as a wide receiver and his basketball recruitment is beginning to pick up. He missed all but one game his junior year with a foot injury so this definitely hampered his recruitment and his growth as a player. Strong and explosive is a great way to describe his attacking style.

BALL SKILLS: Making the transition from high school 4 to high school and college 3 will be the adjustment he has to make. Early in his high school career he was able to just out-athletic opponents. He has taken coaching at high school and AAU to heart and is making huge strides in his skills. His footwork and mechanics are improving, as is his handle, but he needs reps now to fine tune.

BASKETBALL IQ: Young’s feel and IQ are improving as he’s spent more time focusing on basketball since his injury a season ago. Many times with an injury and extended time out you view the game differently, and this seems to be the case with Young. He took an honest look at his game and became a student of the game. When you add this component to his growing skill and athleticism, it makes him a very interesting prospect.

UPSIDE: The big question for a long time was if Young wanted to play football or basketball at the college level. He’s such a good athlete he could do both. Reports are that basketball is where he’s heading and if that’s the case he could surprise a lot of people once he fully commits to one sport.  Clearly a Division I player with a lot of upside.