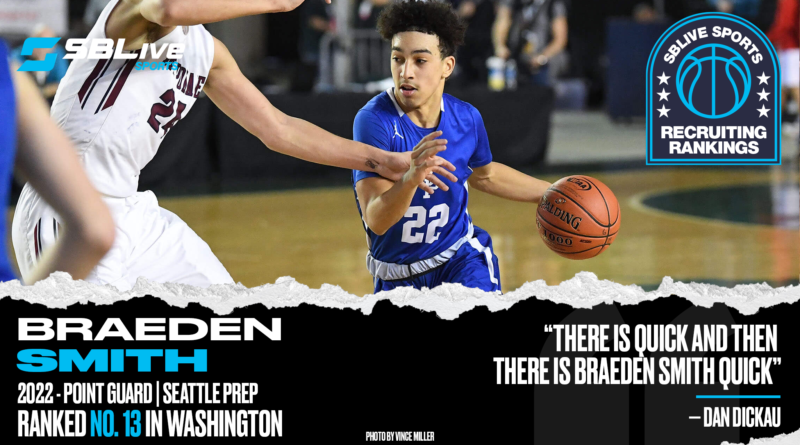 Over the next few weeks we will roll out our Top 25 players in Washington. Here’s a closer look at No. 13 on the list, Seattle Prep point guard Braeden Smith:

ATHLETICISM: There is quick, and then there is Braeden Smith quick. He has been described by many as a “waterbug” and while watching film on him I was blown away by his endline-to-endline speed. He is undersized but it doesn’t negatively affect his game because of his speed. When he sees an opportunity he’s able to take advantage of it with his burst.

BALL SKILLS: Smith is very skilled. He has the ability to really shoot it from deep as well as use his handle and quickness to get into the lane and create for himself and others. Where Smith really excels is in pick-and-roll situations and making the correct reads.

BASKETBALL IQ: Smith has a tremendous feel for the game which is evident watching him probe in transition as well as in pick-and-roll situations. The hardest thing for point guards who can shoot it like he does is the balancing of shooting/scoring with running the team, but he seems to balance the two very well.

UPSIDE: Smith is definitely a Division I guard but unfortunately some schools and coaches will shy away based on his size. He shouldn’t let this bother him but instead find the right fit. With the right situation, Smith has a chance to have a really nice college career because of his skill-set and feel for the game.