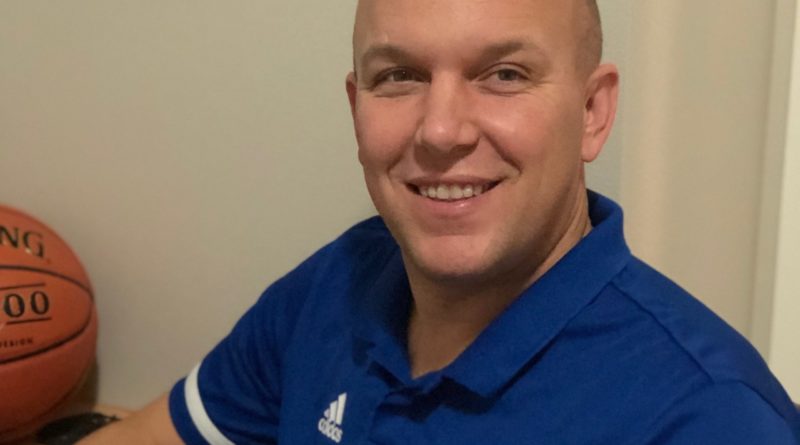 Much of Joe Hardy’s life, both in college and in his career, has been shaped by the sport of golf. But after a full swing at the PGA Tour and several stops as a teaching pro, Hardy moved across the country for a new chapter — and took a stab at coaching high school basketball.

It didn’t take long for Hardy to land his first head coaching gig. Hardy was hired as Ingraham’s next head basketball coach during the offseason, replacing Malcolm Mack, who was let go after the season. Ingraham finished 13-12 with two of its most talented players sidelined for much of the season.

Hardy is grateful that in his first head coaching role, he’s taking over a program he’s familiar with during a pandemic that has limited coaches’ abilities to see players in-person.

“That made it a little easier as opposed to being a coach hired outside of the school district,” Hardy said.

Hardy’s path to his new post was a windy one that included a college golf championship and a shot at making it as a professional golfer.

A native of the Philadelphia area, Hardy had college options playing basketball, baseball and golf. He chose golf, which took him to Keystone College, a small school 15 miles Northwest of Scranton, Pa. that was making the jump from a Junior College to a NCAA Division III four-year university.

Hardy was named a second team All-American after winning the 2004 NCSAA national title, the school’s first across all sports. He left to enroll in a golf academy in Myrtle Beach, S.C., continued to play in tournaments and landed assistant golf professional jobs at a country club in Boca Raton, Fla. and West Orange, N.J. before moving to Seattle.

All along, he kept involved in basketball in AAU — until he hit a point where his desire for coaching basketball outweighed his career prospects as a pro golfer.

“I’m a big student of the game. I’ve studied the game my entire life. I love everything about it. The golf was a fun 10 years. I got to play in a lot of cool places, meet a lot of cool people.”

Hardy still keeps golf close to him. He spends part of his summer traveling around to tournaments. He qualified for the Washington Men’s Amateur at Chamber’s Bay in August.

Here are more coaching hire developments across the state:

Wouldn’t it be nice to be able to walk to practice, home games and the school your players go to? That’s in part what lured DeGrazia to the 4A Wesco school that neighbors Harbor Point Middle School, where he works during the day. The Edmonds-Woodway alum coached the freshmen team at Redmond for three years, then joined Lake Washington as an assistant for a year before taking over as the head coach at Bishop Blanchet for the 2019-20 season. Blanchet went 9-15 overall, 6-10 in the 3A Metro League. DeGrazia’s proximity to campus has helped him connect with his players, even during a time when he can’t host them in a gym.

Richardson, a 12-year assistant coach under Pat Mullen at Bethel and Emerald Ridge, has long looked around at some of the head coaches in the 4A South Puget Sound League with admiration. Tim Kelly at Curtis. Bernie Salazar at Bellarmine Prep. Olympia’s John Kiley. Well respected veteran coaches with a winning tradition. Now, in accepting the head job at G-K Richardson is taking a step closer to his coaching peers by joining their ranks. (READ MORE)

A first-time coach, Jones’ experience tracks across several pockets of the state. The Battle Ground native attended Evergreen in Vancouver and played at Bellevue Community College and Evergreen State College, according to Eastlake’s basketball website. Jones spent two years as an assistant coach at Skyline and three years under Steve Kramer at Eastlake. Kramer vacated the position after six years.

Former Liberty Christian coach Terry Watson was hired to take over Pasco’s basketball program. Watson replaces Jamelle Juneau, who moved back to the South (Louisiana) where he found another head coaching job.

After three years on staff at Lakes as a JV coach and varsity assistant, the former Kentwood standout takes over his first prep head coaching job at Auburn Mountainview, which finished 8-12 last year and has moved down to 3A. White replaces Matt Sinnes, who previously coached at Fife, before taking over at Auburn Mountainview in 2017.

The last time he was coaching high school basketball before moving out to Washington and getting the Thomas Jefferson job, Farrer was on a bus with his Newmarket High School team on their way to the New Hampshire state championship game. Only it was called off due to COVID-19, and the small school power was named co-champion. The Southern Maine native spent four years coaching at Newmarket as a JV coach and varsity assistant. He replaces Sudon DeSuze, who held the job for four seasons. Thomas Jefferson went 0-20 in 2019-20.

Sometimes all it takes is another go at things. Wasankari steps back into a position he held from 2010-13 and brings local coaching experience across several levels. In three seasons, the Tornados went 9-52 under Wasinkari, who also previously coached at Rainier. He replaces Sterling Carter, who left after two seasons at Yelm for the Cleveland boys job. Yelm finished 8-12 last season.

After three years as a JV coach, varsity assistant and the basketball program’s strength and conditioning coach at Ballard under Mike Broom, McClenahan steps into his first high school head coaching job. A Bay Area native, he moved to Seattle in 2007. McClenahan was hired to replace Joe DeGrazia, who took over at Kamiak.

When looking for a steady leader for a program, personal playing success is certainly a bonus. Ervin holds the scoring record for points in a season (550) and a career (1,084) at Spokane Community College. He was inducted into the school’s athletic hall of fame in 2008 for his contributions around the turn of the century — a career he extended into the professional ranks in Germany. Ervin previously coached at Valley Christian (1B) for four years. It helps, Ervin says, adjusting to a new role and a new program after being hired in-building as a student intervention specialist. He will lead a North Central team that went 3-18 last year. He replaces Jase Wambold, who vacated the position after the last season.

Call it a return to his roots. After several years coaching for a Lacy-based AAU program and one year as North Thurston’s C-team coach, Steplight takes over the program he once helped reach its first state tournament on a Chris Spivey-coached River Ridge squad in 2001. Steplight was a sophomore during that run, graduated in 2003 and calls returning to become his alma mater’s head coach a dream coaching job. He’ll have his work cut out for him. The Hawks, who went 8-12 last year, move up to 3A. “It’s going to be a challenge,” Steplight said. “But we’re ready.” Steplight replaces Pat Williams, who was a longtime assistant under John Barbee before stepping into the head role.

The former assistant coach at Rogers of Spokane takes the reins as Cheney moves into an expanded GSL. Warren is a Pennsylvania native who spent the last four seasons at Rogers. He replaces Frankie Keplinger, who was placed on leave last season due to several allegations, which included lying about his resume and mistreatment of students. It’s unclear what the findings of the investigation were (Cheney AD Jeff Chandler said he can’t divulge “confidential personnel actions”) but Keplinger resigned publicly with around two weeks left in the season last February. In Warren, Chandler sought a coach who would lay down roots and build a program that has seen turnover in recent years.

Editor’s note: The Cleveland job is open. After the 2020 season, the school let go of Jerry Petty, who had been the head coach for six seasons. Cleveland then hired Sterling Carter, a Rainier Beach/Franklin product who played at Seattle U and Purdue, as well as a brief stint overseas, and was most recently the boys coach at Yelm for two seasons. Carter left Cleveland for reasons not immediately known and the job has been posted online.

The only reason Bettinger doesn’t call his new post a “dream job” is out of fear that he might be construed as disrespecting his time at Cedar Park Christian (Mountlake Terrace). But make no mistake – Bettinger has brought youthful energy to a job that has consisted of a lot of Zoom meetings and little on-court action. And two years in the 1B ranks were plenty enough to prepare Bettinger for his second head high school coaching gig. He replaces the formidable Len Bone, the once accomplished 21-year coach at Snohomish, who stepped down after three years in which the Wildcats went 28-34.

He was an assistant coach under Dave Dickson for the last three seasons after moving to Bellingham from his native Minnesota, where where he started his high school coaching career. Dickson, a WIBCA Hall of Fame member, gracefully and quietly retired after the end of the season after 14 years and two state championships. Dickson has been a resource to his successor, Hannigan, as he still works at the high school. Hannigan says he applied in the first place because of his adoration for the program and the people who make up the Squalicum community. He retained all of Dickson’s assistant coaches to maintain continuity from what’s already been set in place.

Jones returned home to Bay, where he got his first head coaching job and has since been employed as a student advocate. As River’s head girls basketball coach, the program amassed a 41-28 record — 16-5 in 2019-20. Hudson’s Bay went 4-16 during the same stretch.

Previously on the bench with La Center’s girls program, Weaver will move over to boys for his first head coaching job at the neighboring school. He was an assistant coach under Herm VanWeerdhuizen, a longtime coach at the Southwest Washington 1A school across multiple sports, most recently the girls basketball team. VanWeerdHuizen retired in May after 30 seasons. Weaver replaces Jonathan Warner, who resigned after the season.

Did we miss any coaching changes? Please send us an email and let us know.